A Karnataka minister shared the blueprint of the theme park, which he said will attract tourists at the Bengaluru airport. 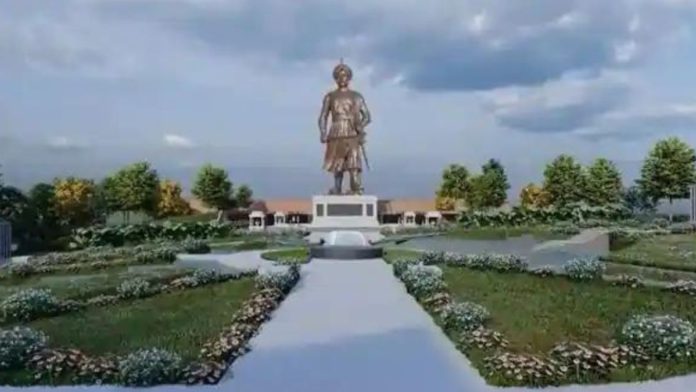 On Sunday, Karnataka minister Ashwath Narayan said the new theme park near the Kempegowda statue would have a metaverse experience for the tourists that visit the place.

The announcement came in response to a Twitter user’s query on the efforts of the Karnataka government to boost tourism like the initiative undertaken by Gujarat through the Statue of Unity. Narayan replied to the tweet, saying that the government is constructing a theme park at the Statue of Prosperity location that depicts Kempegowda’s idea of Bengaluru. The theme park would have cultural symbols, museums, tiny lakes, and Metaverse experiences to depict rich heritage and tech prowess, the tweet added.

The Karnataka minister shared the blueprint of the theme park, which, according to him, will attract tourists to the airport. “The theme park will have sacred soil and water which will be collected from various villages of Karnataka, including 31 districts. This park in front of the Kempegowda statue will serve as a major attraction for all tourists who visit Bengaluru,” he said.

Prime Minister Narendra Modi unveiled the statue of Kempegowda, the ruler known as the fortifier of Bengaluru, on Friday. The statue is also known as the ‘Statue of Prosperity.’ The prime minister also unveiled the new terminal 2 at the Kempegowda International Airport.

WhatsApp
Linkedin
Twitter
Facebook
ReddIt
Previous article
The Oculus founder created a VR headset that kills people in real life if they die in a game, later fired by Facebook
Next article
Apple is planning to release its MR headset, “Apple Reality Pro,” in March 2023