Tesla wants to expand its nearly 750-acre factory site by another 250 acres to build a freight depot, among other factory parts. 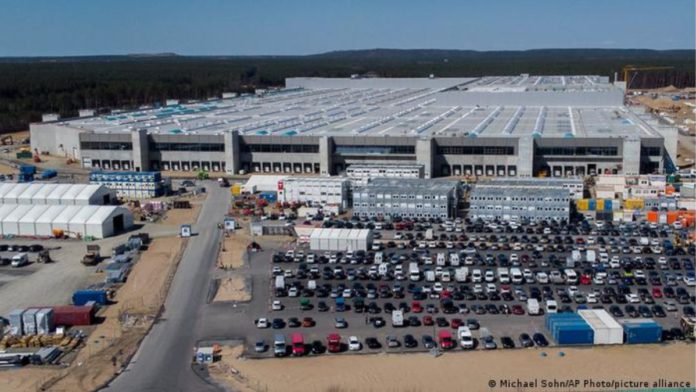 According to a report from RBB, the municipal council of Grünheide in Germany has indefinitely delayed the vote on planned expansion of Tesla’s gigafactory in Berlin. In March, Tesla announced opening its first European Gigafactory located in Berlin.

Tesla wants to expand its almost 750-acre factory site by another 250 acres to build a freight depot, among other factory parts. The Grünheide central committee approved the plans in June and passed them to the local council to initiate the development plan.

Arne Christiani, the Grünheide mayor, removed the item from the council meeting agenda, stating the council needs more clarification and that he could not promise the plan would be voted on this year.

While it is not precisely clear what other information the local council needs from Tesla to move forward with the automaker’s expansion plans, it is possible that Russia’s efforts to turn off gas supplies to Europe in general and in particular, Germany, are preventing Christiani from approving a plan that will definitely require energy to see through.

Tesla CEO Elon Musk had previously promised that his gigafactories and electric vehicles would be as sustainably as possible. Still, it will be difficult for Tesla to avoid the factory shutdowns sweeping Germany.

The news comes days after Tesla held an information day event at the facility. During the event, the company said its production ramp-up at the factory was progressing well, without providing specific details.