The Gigafactory will hire more than 12,000 employees, making it the largest employer in the region. 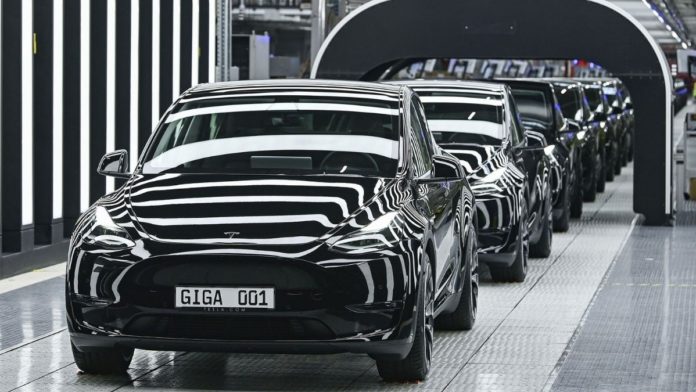 Musk has announced Master Plan Part 3 for Tesla, which he claims would skyrocket the company’s scaling. In addition to the opening, Musk also rolled out the first batch of Model Y cars to the customers.

Thirty customers and their families cheered as Musk danced and joked with fans as they caught the first view of their cars via a glittering, neon-lit Tesla-branded tunnel.

Musk wanted the plant to begin its operations eight months ago, but local authorities claim that the factory got established in a remarkable time considering the size of the project.

According to the plans, the Gigafactory will hire more than 12,000 employees, making it the largest employer in the region. Shortly, Tesla’s new plant will achieve a peak manufacturing capacity of 500,000 cars annually and generate 50-gigawatt hours of battery capacity through its battery plant, which will be the highest in Germany.

Moreover, Musk stated that a test version of Tesla’s new “Full Self-Driving” software would be released in Europe next year after getting regulatory permission from concerned authorities.

Hubertus Bardt from the German Economic Institute said to DW, “After one year, Tesla decided to also build a battery factory there, meaning that the approval process had to start from the beginning — so the whole process didn’t actually take too long considering the difficult issues involved.”

However, this episode has also invited criticism over the issue of excessive water consumption as the plant was built over a considerably short period of time.