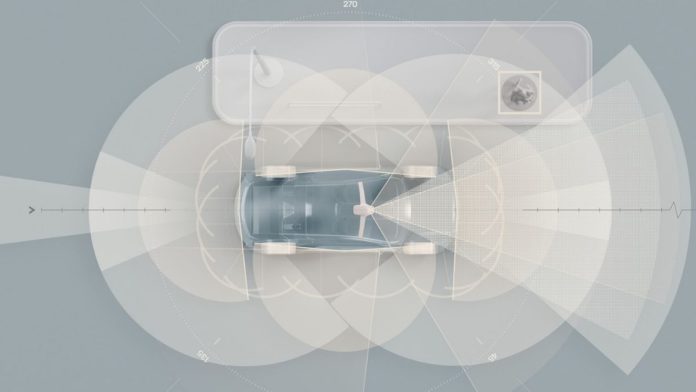 On Thursday, Volvo confirmed the release of an all-electric, lidar-based artificial intelligence-powered successor to the Volvo XC90 in 2022. Volvo’s upcoming flagship SUV will feature new sensors and computers, which would provide a more advanced driver-assistance technology.

A recent press release from Volvo said that the XC90 successor would get Luminar lidar and a higher-performance computer using the Nvidia Drive Orin chip as standard equipment. Volvo previously confirmed plans to integrate roof-mounted lidar sensors from Luminar, which the carmaker has been funding since 2018.

LIDAR is like a radar that uses light waves instead of radio waves to detect objects. This technology is considered to be an inevitable component of self-driving cars by many experts as the majority of the prototypes currently being tested are using similar equipment. However, leading self-driving cars makers like Tesla have shown interest in computer vision technology instead of LIDAR.

Volvo said that this new technology would be coupled with an in-house developed software named ‘Highway Pilot’ to enable customers to use the feature in selected geographical locations and conditions legalized by respective governments. The carmaker confirmed that the lidar sensor would be developed by Luminar along with an industry-leading gaming hardware producer, NVIDIA.

Henrik Green, Chief Technology Officer at Volvo, said, “Standardizing the lidar technology and the computing platform will provide our customers with a new level of safety in all the vehicles that are affected.”

He mentioned that the new hardware would also help improve Volvo’s standard safety features like automatic emergency braking and blindspot detection. The technology developed by Luminar and NVIDIA will enable Volvo’s cars to scrutinize the surroundings and aid them in making accurate decisions about its next move.

This feature has the capability to surpass a human driver’s skills to prevent accidents in a tricky, collision-like situation. The successor of XC90 will be based on Volvo’s new SPA2 architecture, replacing the Scalable Product Architecture platform that is being used in the current generation of XC90 and many other Volvo models.