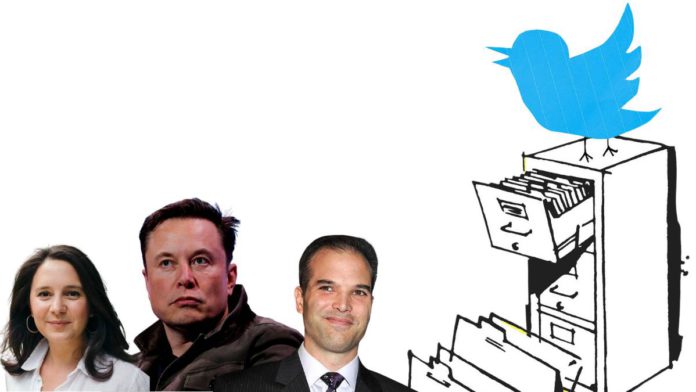 Since Elon Musk disclosed his plans to acquire the social media platform Twitter in April, Twitter has hit multiple hurdles along the way. Musk decided to take over Twitter as he believed the workforce to be “lazy and politically biased.” After the acquisition for US$44 billion, the platform has experienced several policy changes and bumps down the road, including millions of followers deactivating their accounts, several prestigious people like CEO Parag Agarwal, Chief Financial Officer Ned Segal, and General Counsel Sean Edgett being fired. Additionally, as a self-described “free speech absolutist,” he adopted a significantly different approach to content management and unbanning well-known users, including Trump. Elon claimed the policy changes to be in favor of the platform. In the most recent development, Elon has co-authored a series of Twitter threads, called Twitter Files, on the platform’s internal documents, with Matt Taibbi and Bari Weiss, freelance journalists.

He wrote, “The Twitter Files on free speech suppression soon to be published on Twitter. The public deserves to know what really happened…” Elon provided many internal documents such as chat logs, executive emails, and screenshots taken in 2020 around the US Presidential elections to Weiss and Taibbi and asked them to build unique stories around the same. It is a ballistic move but is getting much controversial attention worldwide.

Let’s look at why these revelations are being billed as a bombshell.

We have elaborated each file sequentially, have a look.

When the decision to suppress the content was made, then-CEO Jack Dorsey was not informed, but days later, he changed his mind, calling it a “mistake.” Simultaneously, Twitter’s hacked materials policy was updated to allow publishing such content with a contextual warning.

Concerning a practice referred to as “visible filtering” by the previous Twitter management, Bari Weiss published the second installment of the Twitter Files on December 9. Weiss reported that a high-level team called Site Integrity Policy-Policy Escalation Support (SIP-PES) was responsible for making decisions about “politically sensitive” accounts and controlling the extent of their visibility. Allegedly, Twitter utilized VF to prevent searches for specific individuals, restrict the audience for whom a tweet can be found, prevent certain users’ postings from ever making the “trending” tab, and prevent them from being included in hashtag searches.

As evidence, Bari shared screenshots of the internal system with accounts tagged as “Trends Blacklist,” “Search Blacklist,” “Do Not Amplify,” and “Do Not Take Action on User Without Consulting with SIP-PES.” Some accounts whose snippets were shared by Bari:

The controversial part is when Twitter denied the allegations back in 2018. Vijaya Gadde and Kayvon Beykour (Head of Product) had then said, “We do not shadow ban.,” and also added that “we certainly don’t shadow ban based on political viewpoints or ideology.” Evidently, the images show otherwise.

The revelations do not end here. Chaya Raichik’s Twitter account “libsoftiktok” became the talk of the town as it rose to the highest level of scrutiny. It was on the Trend Blacklist and the “Do Not Take Action on User Without Consulting With SIP-PES” list.

In 2022 alone, the account was suspended six times, and each time the posts were blocked under violation of Twitter’s “hateful conduct” policy. However, the committee noted in an internal SIP-PES report from October 2022, following her sixth ban, that “LTT has not directly engaged in behavior violative of the Hateful Conduct policy.” Again, this contradicts what was publicly informed.

Later, Raichik’s home address and pictures were leaked on Twitter, and ironically, the platform denied support by saying that it did not find the content to violate Twitter rules.

Both Matt and Bari posted the third installment on December 9. Donald Trump’s tweets have been controversial for years, and Twitter has resisted internal and external calls to ban him because he is blocking a world leader from sharing vital information. But during the presidential elections in January 2021, following the riots at the Capitol, Trump’s Twitter account was suspended on 8 January. While it finally happened during the three days of Capitol riots between 6 and 8 January, the theoretical groundwork was established months before.

According to Taibbi, Yoel Roth often met with representatives from the FBI, Department of Homeland Security, and Office of the Director of National Intelligence (DNI). Roth said the meeting’s purpose was to coordinate efforts to thwart foreign interference and domestic disinformation in the elections.

4. The fourth installment of the Twitter Files talks in continuation about the removal of Donald Trump.

Blogger Michael Shellenberg posted internal conversations between Yoel Roth and some of his colleagues. These conversations show that Jack Dorsey was on vacation when Twitter’s senior executives and Roth were progressing overwhelmingly toward banning conservatives. Following an email from Jack about maintaining Twitter’s consistency in policies, including the rights of an account’s return after a temporary suspension, Roth had a conversation with an employee. Soon after, as Michael shares, Roth just shared a text saying that Jack had approved a system policy called “repeat offender for civic integrity,” under which any five violations would result in a permanent suspension.

However, as the subsequent tweets reveal, the policy was for “everything else,” and “Trump continues to just have his one strike.” But, to everyone’s surprise, Twitter suspended Donald Trump’s account due to a risk of further incitement of violence.