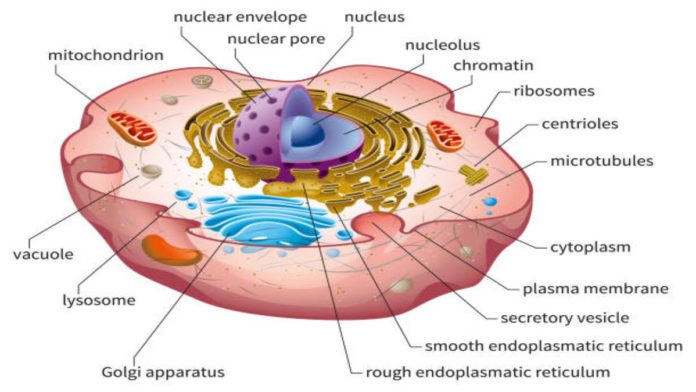 The researchers at the University of California San Diego School of Medicine have taken a significant leap forward in understanding human cells. Their pilot study combines biochemistry, microscopy, and artificial intelligence in a technique known as a multi-scale integrated cell, or MuSIC. The study uses deep learning to map the human cell and it found about 70 components in a human kidney cell line, half of which have never been seen before. In all the components of a human kidney cell line, researchers determined an unfamiliar structure to be a new complex of proteins that binds RNA.

Scientists have believed that there is more to human cells than mitochondria, endoplasmic reticulum, and nucleus. The large portion that has been unknown to humans for research can now be studied. The MuSIC research, powered by artificial intelligence, finally provides a way to look deeper.

Complex found through MuSIC enables the translation of genes to proteins and also determines which is activated at which times. The cells’ proteins are studied using one of the two techniques: biophysical association and microscope imaging. Microscope imaging tags various fluorescent colors to proteins of interest and allows researchers to track the movements and associations across the field of view. For biophysical associations, researchers use an antibody specific to a protein to remove it from the cell and see what is attached to it.

MuSIC uses deep learning technology to map the interior work of the cell directly from cellular microscopic images. Although microscopes allowed researchers to look down the size of a single micron, smaller elements such as protein complexes or individual proteins are not visible through it. Biochemistry techniques allow scientists to look at things that are one billionth of a meter or 1000 microns but the gap between microns and nanometers remains.

The researchers at the University of California San Diego School of Medicine were able to bridge the gap from nanometre to micron-scale using artificial intelligence. To do so, they collected data from multiple sources and asked the system to assemble the data into a cell model.

Researchers trained MuSIC to look at all the data for constructing a model of the cell. However, the system cannot map cell content to specific locations since their locations are not necessarily fixed. One of the most significant benefits of this research is that scientists will better understand the molecular basis of various diseases by comparing the innermost structures of healthy and diseased cells.