ad
HomeNewsTurkey to use Artificial Intelligence to fight Wildfires
News

Turkey to use Artificial Intelligence to fight Wildfires

The AI-powered system will be developed by the ministry that would use cameras for smoke detection. 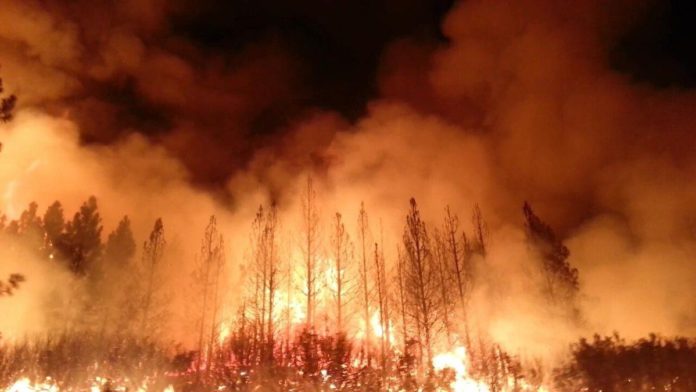 Turkey’s Ministry of Agriculture and Forestry is now planning to use artificial intelligence solutions to tackle the massive challenge of controlling wildfires.

The ministry said they intend to use AI for detecting early signs of smoke, which would help in taking adequate precautionary measures against the spread of wildfires. The artificial intelligence-powered system will be developed by the ministry that would use a range of cameras for smoke detection.

This development comes after the massive destruction Turkey had to bear last year due to a sudden spread of wildfire in the region. According to an interview published by Yeni Şafak newspaper, the cameras will be installed at the top of watch towers located in forests to increase the system effectiveness and accuracy.

According to Forestry Minister Bekir Pakdemirli, “smoke perception” allows cameras to detect smoke from a distance of up to 20 kilometres. Additionally, the artificial intelligence-powered system would drastically reduce the fire detection time to a matter of a few minutes, which if done with current practices, would be time consuming.

Currently, the technology is deployed in two provinces named Antalya and Mula, which suffered heavy losses during the fire outbreak of 2021. Last year, Turkey was ravaged by a catastrophic wildfire along Anatolia’s southern coast, which engulfed 53 provinces and caused over 270 forest fires.

Therefore this new AI system will be used as an effective precautionary tool, helping officials to take quicker actions. “AI enables us to keep track of the smoke and deploy our teams as soon as possible,” said Bekir Pakdemirli.

When cameras detect smoke, they automatically convey alert signals to authorities through text or video message using artificial intelligence and machine learning. Turkey currently has more than 100 watch towers with cameras, in which each tower will be able to scan an area of 50,000 hectare and send required notifications to authorities in under two minutes.
Recently,the President of Turkey, Recep Tayyip Erdoğan mentioned that the government plans to accelerate the development and deployment of safety infrastructures in the country to battle wildfires. President Erdoğan, said, “We will increase the number of domestically manufactured unmanned aerial vehicles (UAVs) to eight, the number of firefighting planes to 20 and helicopters to 55”