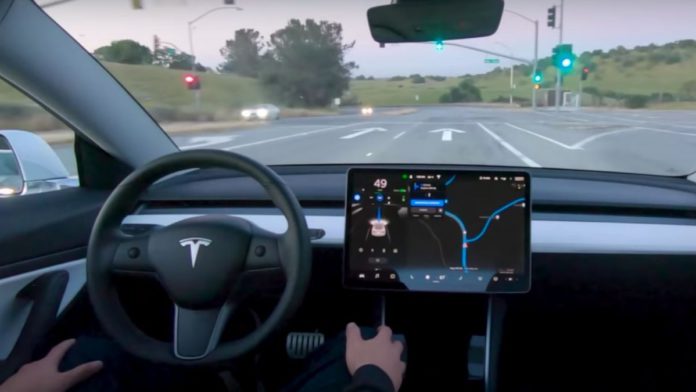 Recently, Tesla received a patent for what it claims to have perfected the art of creating neural networks (NN) that understand “self-improvement.” The patent, titled ‘System and method for handling errors in a vehicle neural network processor,’ proposes a technique for neural networks to identify errors that occur during its execution. It can receive an error report from the error detectors and then communicate that a pending neural network’s result is contaminated — all without the NN’s expectation being terminated.

In other words, Tesla has patented a method for a neural network to detect and correct a mistake. This patent is a continuation of a patent application from 2019 called ‘System and method for handling errors in a vehicle neural network processor‘. This patent outlines a method for securely handling mistakes in self-driving software. Instead of risking delays in driving replies due to data input mistakes, a signal is provided to ignore the incorrect data and continue processing as normal.

Streams of real-time input data are received during self-driving operations in Tesla’s software and utilized to train its neural network as well as trigger a vehicle response to what’s being analyzed. If data is incorrect or the processing is delayed, the real-world consequences might be devastating if not managed appropriately. Sensor data might get stale quickly in a fast-moving vehicle, causing the self-driving software to respond to an environment that no longer exists. Accidents, property damage, injury, and death may occur as a result of this. The approach proposed in Tesla’s patent application aims to eliminate such processing delays entirely, therefore improving the system’s safety.

Tesla’s vision is to modernize and develop autonomous car deep learning technologies. In the past, these systems have retrieved data that was recorded via sensors. Tesla recognizes that more sensors are required, especially as data gets more nuanced. The captured sensor data is generally utilized as input for deep learning algorithms needed to perform autonomous driving. The collected sensor data is made suitable with a deep learning system in traditional learning systems by transforming it from a sensor format to a format compatible with the learning system’s first input layer. However, there is another major bottleneck in this process as compression and downsampling of data can degrade the signal quality of the original sensor data.

Meanwhile, designing a neural network for a specific application can be challenging since various neural networks may have varied hardware and software needs, imposing complicated limitations on setups. Developers must draw inferences depending on the available alternatives for each configuration setting, such as which algorithms to implement, which data layout to utilize, and so on.

Read More: Tesla AI Day Announcements: What to Expect from the AV Leader

A solution for addressing failures in a neural network processor was presented in the final example. This includes the following: