The camera has been developed by Samsung in partnership with the International Agency for the Prevention of Blindness (IAPB), Yonsei University Health System (YUHS) and Lab SD, Inc. 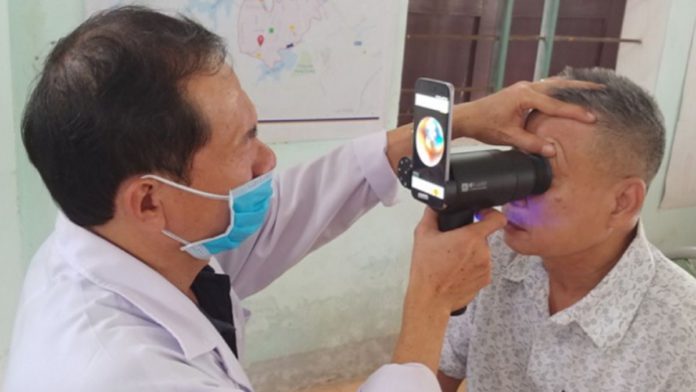 Samsung on Thursday said it had set a target of screening 150,000 individuals in India for eye diseases using its unique ‘EYELIKE Fundus’ camera by the end of 2023.

Samsung has developed the camera in partnership with the International Agency for the Prevention of Blindness (IAPB), Yonsei University Health System (YUHS), and Lab SD, Inc. So far, Samsung has upcycled nearly 200 units of old Galaxy smartphones and distributed the cameras to partners in India.

Dr. Sahil Bhandari, Senior Ophthalmologist at Guruhasti Chikitsalya, said that the device comes in handy as it is straightforward to use and can be operated by a semi-trained technician as well because of the on-device AI that tells them if the image is normal or abnormal. Also, since it is portable, it can be carried to remote locations where the availability of ophthalmic health care is limited.

An older Galaxy smartphone becomes the brain of the ‘EYELIKE’ device, capturing images of a person’s retina through a lens attachment for enhanced diagnosis of eye diseases such as diabetic retinopathy, glaucoma, and age-related macular degeneration that may lead to blindness if not diagnosed on time.

Engineers at Samsung R&D Institute in Bangalore developed the Fundus image capture mechanism, the artificial intelligence-based processing algorithm, the user interface (UI), and server-related operations in the EYELIKE application. The EYELIKE device scans retinal images and uses an accurate AI-based algorithm on the phones to detect diseases in the retinal images and classify them as normal or abnormal.