HomeNewsRapid Robotics raises $37 million in Series B Funding round
News

Rapid Robotics raises $37 million in Series B Funding round

Rapid Robotics offers a unique robot named Rapid Machine Operator that can be handled by a human with an iPad. The solution has helped manufacturers to continue their operations in the pandemic times. 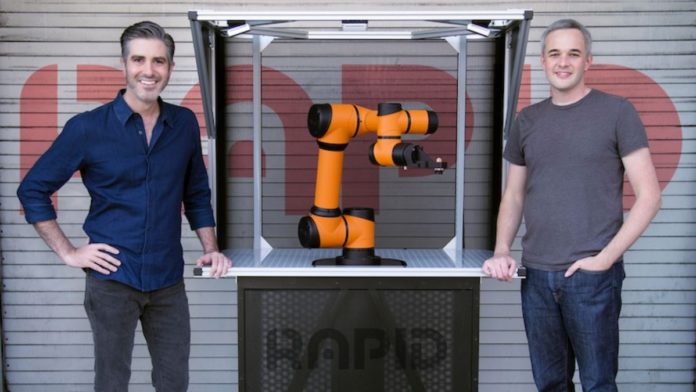 Robot automation startup Rapid Robotics raises $37 million in its series B funding round led by Kleiner Perkins and Tiger Global. Other investors like Greycroft, NEA, 468 Capital and Bee Partners also participated in the funding round.

The fresh funding has increased Rapid Robotics market valuation to over $192 million. The pandemic has boosted the demand for automation that has benefited many startups, including Rapid Robotics. The company has received three funding in a span of one year.

Rapid Robotics has developed a unique artificial intelligence-powered robotic arm that can be used by manufacturers to automate certain crucial tasks involved in their operations. No prior knowledge of programming is required to set up the robot at manufacturing plants.

The installation process also doesn’t require any specialized hardware or robotics skills. The robot named Rapid Machine Operator (RMO) is being sold by the company at a price of $25,000 per year.

Griffin Schroeder from Tiger Global said, “Until now, only the largest facilities could benefit from robotic automation. But most manufacturing in America is done in smaller factories, which have been deeply challenged by the machine operator shortage. For them, the Rapid Machine Operator provides the additional support they need to thrive.”

Rapid Robotics is helping manufacturing businesses meet their operational goals using the Rapid Machine Operator robot in this time of pandemic where workers cannot come to the factories. General Partner of Kleiner Perkins, Wen Hsieh, said, “Rapid Robotics pinpointed an urgent problem in a multi-billion-dollar industry and solved it in a matter of months.”