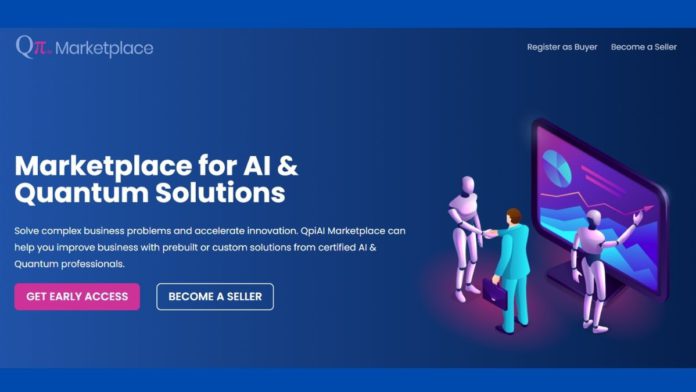 CEO of QpiAI, Dr. Nagendra Nagaraja, recently announced that they had launched a new global AI and quantum marketplace. With this new launch, the company aims to increase the adoption of artificial intelligence technologies across various industries in the world.

The company has now opened registrations for its new quantum marketplace on its website. Enterprises can now easily visit their official website and get early access to QpiAI’s services.

The company expects to have more than a hundred buyers and a million sellers on their quantum marketplace in a span of one year. Earlier, QpiAI had collaborated with the Indian Institute of Science to launch a certification program on artificial intelligence and quantum skills for students.

The company has now announced that the certification program’s first batch’s best students will be the solution providers for this new platform. The students who will score more than 90% will be able to sell their artificial intelligence models, services, and quantum solutions on the marketplace.

All the available artificial intelligence models will be screened by QpiAI’s qualifiers tool, which would examine the safety, explainability, and transparency of the models before putting them live for sale. The marketplace will also have a legal framework to ensure the security of the buyers and sellers.