With the new Isaac Sim updates, the chip-maker focused on offering better simulation environment for better training of Intelligent Robots 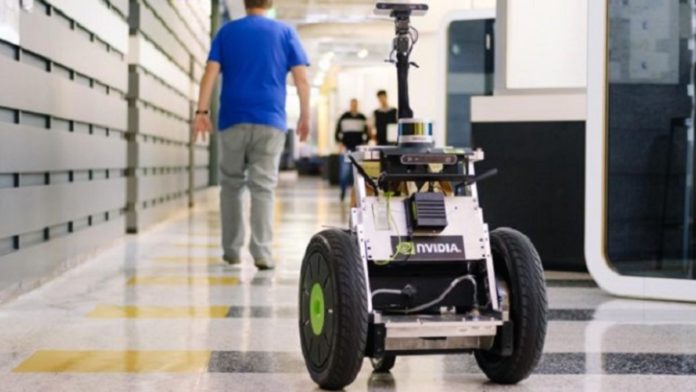 NVIDIA announced important updates to Isaac Sim, a robotics simulation and synthetic data generation tool that allows users to create and test virtual robots in a variety of operating scenarios, at CES 2023. Companies adopting the robots platform can automate a variety of industries, from shipping and manufacturing to energy, retail, and more, thanks to improved AI and cloud access features.

Isaac Sim is accessible via the cloud and is built on Nvidia Omniverse, the company’s platform for developing and running metaverse applications. This enables teams working on robotics projects around the world to collaborate with increased accessibility, agility, and scalability for testing and training virtual robots.

Using Isaac Sim makes it possible for robot manufacturers to train and test robots more efficiently. NVIDIA asserts that roboticists can create more realistic simulations of a robot interacting with a virtual imitation of a real-world in ways that go beyond what is achievable in the real world.

With Isaac Sim’s new people simulation feature, you can mimic how people might interact in settings like warehouses and manufacturing plants while being instructed to carry out common tasks like stacking goods or pushing carts. According to NVIDIA, many of the most typical behaviors are already supported, so simulating them only requires issuing a command. The objective is to assist autonomous mobile robots (AMRs) or collaborative robots (cobots) in understanding and detecting common behavior and potential hazards in the real world.

Isaac Sim can now display physically correct sensor data in real-time thanks to NVIDIA RTX technology. This includes ray tracing offers more precise sensor data for an RTX-simulated lidar under varying lighting situations or in response to reflective materials. In order to ensure that the robots are trained as accurately as possible, this feature enables simulated worlds to be built on physically realistic sensor models, minimizing the disparities between the simulation and the real environment.

For developers and users to get started building right away, Isaac Sim updates also feature a load of new simulation-ready 3D assets, such as warehouse components and well-known robots. These 3D simulation elements are essential for creating physically accurate simulated settings.

NVIDIA further notes that Isaac Sim has upgraded support for ROS 2 Humble and Windows for the sizable community of Robot Operating System (ROS) developers. It is now possible to simulate using the entire Isaac ROS software.