The event was launched in the Netherlands in the presence of NATO Chief Scientist Dr. Bryan Wells and NCI Agency General Manager Ludwig Decamps. 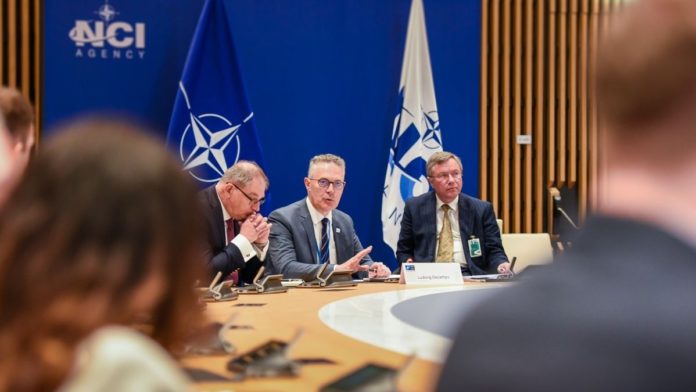 The North Atlantic Treaty Organization (NATO) has started a program to better understand the role of artificial intelligence (AI) in modern war fields.

Two NATO companies have taken this initiative as a step to improve the organization’s technology capabilities and have an advantage over its enemies.

The NATO Science and Technology Organization and the NATO Communications and Information Agency have brought together more than 80 AI professionals, researchers, and academics from the United States and other NATO member countries for the strategic “horizon scanning” project.

The event was launched in the Netherlands in the presence of NATO Chief Scientist Dr. Bryan Wells and NCI Agency General Manager Ludwig Decamps.

Bryan Wells said, “AI is one of the key emerging and disruptive technologies identified by NATO as vital for the maintenance of its technological edge. By working together, the STO and the NCI Agency are able to bring together global experts to ensure the very best scientific expertise is available to advise NATO and its Allies and Partners on the latest scientific trends in this area.”

He further added that the importance of The Hague as a global focal point for providing a broader understanding of all AI challenges was reinforced by last week’s conferences.

Moreover, the AI experts also went to the NCI Agency’s Data Science and AI labs in The Hague to see how AI can be trained on NATO data to solve the Alliance’s challenges.

“The Hague is home not only to many high-tech industries but also to several international organizations, such as NATO and the UN, which are working to develop AI responsibly, for the greater good,” said Saskia Bruines, the Deputy Mayor of the City of The Hague.