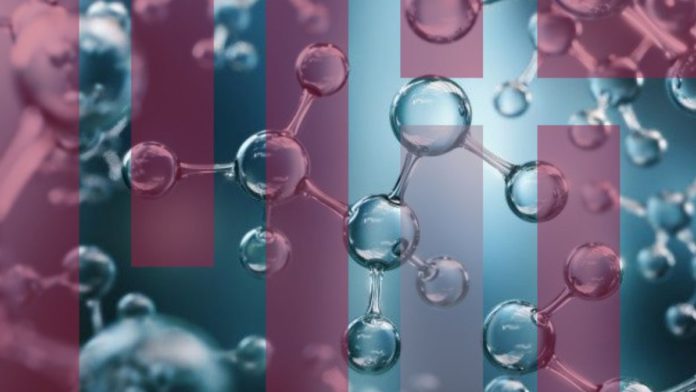 A team of MIT researchers has developed a deep learning model that predicts the 3D shapes of a molecule using the 2D graph of its molecular structure. GeoMol is a model that processes molecules in seconds and performs better than previous models. It also specifies the 3D structure of each bond independently. The molecules are usually depicted as little graphs in this case, where individual atoms in a molecule are represented as nodes, and chemical bonds that connect them are represented as edges.

In cheminformatics or computational drug development, it is critical to deal with molecules in their native 3D structure. These 3D conformations determine the biological, chemical, and physical characteristics.

Understanding how a molecule will interact with certain protein surfaces requires determining its 3D form. However, it is not a simple process as pharmaceutical companies frequently conduct multiple laboratory tests on various compounds. Furthermore, it is a time-consuming and costly procedure.

According to Octavian-Eugen Ganea, a postdoc in the Computer Science and Artificial Intelligence Laboratory (CSAIL) and co-lead author of the paper, GeoMol might aid these firms in speeding up the drug discovery process by reducing the number of molecules that need to be tested.

At first, the model predicts the lengths of chemical bonds between atoms as well as the angles of those bonds. The arrangement and connectivity of atoms decide which bonds can rotate. The structure of each atom’s surroundings is then predicted separately. It then assembles surrounding rotatable bonds by computing torsion angles and aligning them.

The rotatable bonds can take on a wide variety of values in this case. As a result, the MIT team can capture a lot of the local and global environments that impact the prediction by employing message passing neural networks. Since the rotatable bond can take multiple values, the researcher team wants their prediction to be capable of reflecting that underlying distribution.

To test GeoMol, the MIT researchers used a dataset of molecules containing information on likely 3D shapes they could take. This dataset was developed by Rafael Gomez-Bombarelli, the Jeffrey Cheah Career Development Chair in Engineering, and graduate student Simon Axelrod.

The team compared the GeoMol against machine learning models and other ways to see how many of these plausible 3D structures it could capture.

GeoMol beat the other models on almost all of the measures that were assessed.

GeoMol also precisely specifies chirality throughout the prediction process since it identifies the 3D structure of each bond separately, removing the need for post-process optimization. Because a chiral molecule’s mirror copy would not interact with the environment in the same manner, chirality has been a key challenge in predicting the 3D structure of molecules. This might lead drugs to interact improperly with proteins, potentially resulting in serious adverse effects.

WhatsApp
Linkedin
Twitter
Facebook
ReddIt
Previous articlePolygon and GameOn to Develop NFT based Games: How will it impact the market?
Next articleIntel Plans to Take Mobileye Public in 2022 IPO