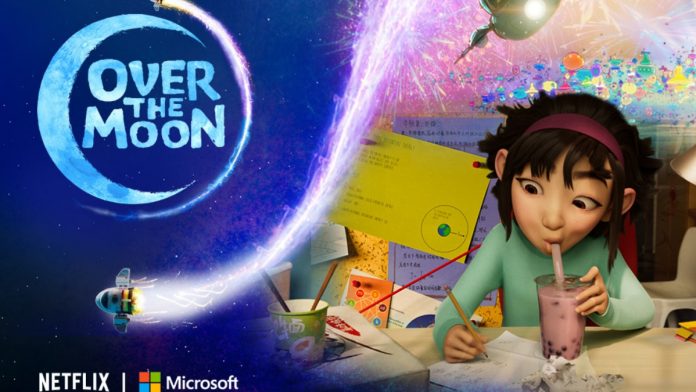 Microsoft and Netflix have joined forces to launch three data science modules to help you plan a moon mission with real-world data collected by NASA. The three modules are inspired by the new Netflix Original, Over the Moon, the lessons will guide you through data science and machine learning concepts and practices.

In Over the Moon, Fei Fei–a star character–builds a rocket to reach the moon all on his own. Just like she used science, technology, engineering, and mathematics, you will do the same with Python and Visual Studio Code, and Azure Cognitive Services.

Looks interesting, right? But, what skills would you require to start this intimidating course? If you know Python and are familiar with the Pandas library, you should take these project-based modules and learn while analyzing and building simple machine learning models with real-world data.

The Microsoft Over The Moon modules covers topics right from data wrangling to creating hypothesis and computer vision techniques. You can also learn more from Learn with Dr. G live episodes to gain exciting insights into the Moon Missions as this will help you get a real picture of the modules.

“Netflix is excited to partner with Microsoft to bring some of the challenges of space travel that Fei Fei overcame in ‘Over The Moon’ to life with real world technical application in this new Microsoft Learn path.” says Magno Herran, head of UCAN Marketing Partnerships, Netflix.

Since the announcements of Microsoft’s Global Skills Initiative, a mission to inspire 25 million people to acquire the new age technologies, in summer, Microsoft has taken numerous initiatives to accomplish its target. For instance, Microsoft AI Classroom Series, Microsoft Learn For NASA, and more were released to allow enthusiasts to learn from experts.