Microsoft Announces Surface Event on September 22: Here’s what to expect 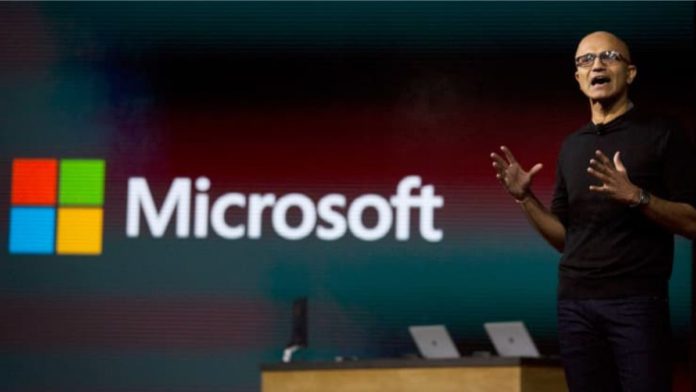 Microsoft has revealed that their fall hardware event, which will take place on September 22, will be entirely virtual. Microsoft is expected to introduce the Surface Pro 8 laptop, Surface Book 4, and a new version of Surface Duo at the event. The event will be broadcast live on the company’s website starting at 8 a.m. PT / 8:30 p.m. IST.

The Surface Duo 2 was initially leaked in June on a relatively unknown YouTube channel, with Windows Central subsequently stating that the photos were a real glimpse at what was to come. The Microsoft Surface Duo 2 features a similar overall appearance to the first-generation foldable tablet, right down to the characteristic hinge, two screens, and massive Windows logo imprinted on the back, as shown in the video. The most significant modification, according to the leaked pictures, will be a triple camera system with telephoto, ultrawide angle, and normal lenses. Though leaked previews show it to be rather large, we will have to wait and see how accurate they were.

As per leaked reports, the specifications for the Duo 2 include a Qualcomm Snapdragon 888 processor, which would put it among Android flagships, as well as an Adreno 660 GPU and 8GB of RAM. It might possibly feature additional RAM and support for 5G networks. It may also have NFC for contactless payments, according to reports.

Microsoft is also expected to release a successor to the Surface Book 3 laptop with the Surface Duo 2. According to sources, Microsoft may not name the forthcoming Surface Book 4 device. It may be dubbed the Microsoft Surface Laptop Pro instead. This is due to rumors that Microsoft will revamp the high-end laptop to include a non-detachable 14-inch display. Microsoft could also announce the Surface Go 3 tablet.

Read More: Microsoft Announces The End Of Support For Windows 10 In 2025

Windows 11 has a modern look with rounded corners, pastel colors, and a centered Start menu and Taskbar. The new OS has Snap Groups and Snap Layouts, which are groupings of applications that sit in the Taskbar and may pop up or be reduced at the same time for quicker task switching. They also make it easier to connect and disconnect from a monitor without losing track of where your open windows are.

Smartpens with haptic feedback are also supported in Windows 11, allowing the pen to mimic writing with various materials such as a pencil or pen on various types of paper. There are currently no Surface pens that support this; thus announcement for a new pen with hardware support for Surface Pro 8 appears to be a possibility at the Microsoft Surface Event.

On June 24, 2021, Microsoft unveiled Windows 11 in a 45-minute online event titled “What is Next for Windows.” Four days later, the company gave members of the Windows Insider Preview Program the first look at the new operating system. Microsoft has released seven incremental upgrades since then, each with new features and bug fixes. Now, Microsoft is ready to release a final version of Windows 11 to a larger number of consumers and have device manufacturers begin selling new PCs that run the operating system.