Many are even saying that ChatGPT has a lot of potential to replace Google Search as its replies are more conversational and human-like. 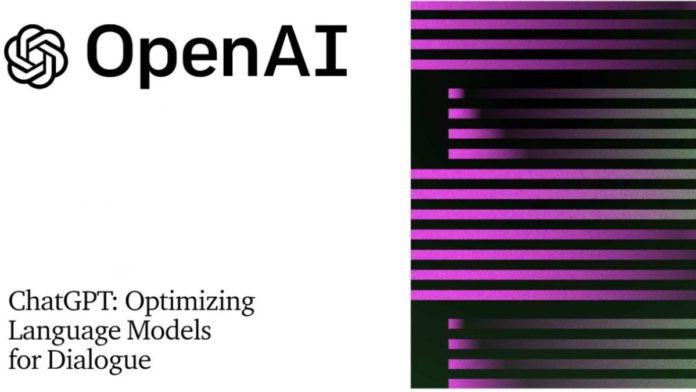 OpenAI has introduced a new conversational language model, ChatGPT, for optimizing dialogue. The AI-backed chatbot is open for public testing on OpenAI’s official website, where users can try its features practically for free. Many users are even saying that ChatGPT has the potential to replace Google Search as the chatbot’s replies are more conversational and human-like. Moreover, ChatGPT can even complete a plethora of time-consuming tasks with exceptional intelligence, such as writing codes or articles and solving complex math problems.

Once the tests are over, OpenAI will extend ChatGPT’s underlying technology to companies that rely on chatbots. For example, the chatbot can be used for customer service (at Airtel, Paytm, Swiggy, and more) and personal assistants (to assist users with scheduling and other daily activities). Students can also use it to solve complex questions quickly.

Use cases for ChatGPT

Twitter is full of images of how users are playing with the new ChatGPT. Below are some of the interesting instances users have tested ChatGPT:

What could be a massive help to coders, ChatGPT can be used to debug a code easily. The AI not only fixes the mistake but also explains to the user where they went wrong and what they can do to fix it. A user named Amjad Masad shared the results on his Twitter account.

TechCrunch author Darrell Etherington asked ChatGPT to provide the strengths and weaknesses of the various Pokémon types. It delivered exactly what the users hoped Google would every time they entered a Tera Raid in the new Pokémon Scarlet game and had to try to remember what counters what.

“Notice I wasn’t fancy with my query. It is about as simple as I can get while still being clear with my request. And the results are exactly what I’m looking for. It is not a list of things that can probably help me find what I am looking for if I am willing to put in the time, which is what Google returns,” the writer said.

A Twitter user had an interesting scenario with ChatGPT when they asked the chatbot to write dialogues for a rom-com starring Melissa Fumero, Cobie Smulders, Neil Patrick Harris, Matt LeBlanc, Jennifer Anniston, and Andy Samberg. The chatbot generated three scenes for the group, one discussing their dating life, others having a first date, and enjoying a girl’s night. While the chatbot cannot replace writers just yet, it was able to create quite decent scenarios very quickly.

Another interesting use case for AI is to get your homework assignments done. A user asked two questions to the chatbot, asking to explain a regular expression and to write an essay with four paragraphs on the “effects of westward expansion on the civil war.” The chatbot delivered good results in both cases.

To test the chatbot, a user asked the chatbot to write an essay on cricketer Virat Kohli. The AI finished the essay in seconds. The essay was exceptionally good, and there were no factual mistakes. Additionally, it was well-researched, and it felt like a human wrote it.

Canadian Musician Grimes dabbled into exploring the sentimental side of the chatbot. When she asked ChatGPT if it felt “trapped,” ChatGPT responded by saying it lacks the ability to feel so. It explained in detail why it could not feel and all the aspects involving the same. “This is so insane,” she wrote.

One user called Keith Wynroe asked ChatGPT to explain AI alignment but to write every sentence in the speaking style of a person who wouldn’t stop going on tangents to brag about how huge the pumpkins they grew are. The AI chatbot wrote the entire conversation with accuracy. As the chatbot delivered flawless results, he said, “I can’t compete with this.”

Another user decided to test a topic on ChatGPT that his child was working on. The prompt he typed was, “write a skit about Eric Cartman angrily explaining to Kyle why the ozone heats the atmosphere where Eric is using profanity and Kyle does not understand.” The results were astounding, as the chatbot wrote the entire skit without mistakes. The users shared the picture of the results on Twitter.

A user called Riley Goodside asked the chatbot to generate plausible ideas for code contributions made by a senior data scientist (him) to submit to his boss after he had been slacking all the while. He also asked the software to elaborate on a specific point with “lots of imagined technical details.” Moreover, he asked the chatbot to make sure that the contribution was small enough in scope that he could have realistically completed it within a week. Riley also asked ChatGPT to develop a complex algorithm. In all three cases, the chat gave phenomenal results, screenshots of which were shared on Twitter.

Limitations aside, ChatGPT still makes for an intelligent chatbot to interact with. Users can try it out from its official website after signing up for the same. As the testing continues, it is likely that users will keep using ChatGPT for all forms of simple to complex technical and non-technical tasks.