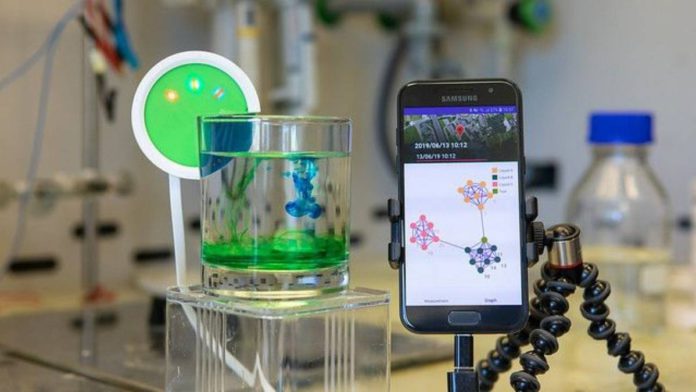 The same team of researchers at IBM that invented Watson AI is now advancing their AI into an AI-assisted e-tongue called Hypertaste. The company plans to use the technology for sensing chemicals. The e-tongue will cater to various scientific and industrial applications to identify liquids without a high-end laboratory.

Patrick Ruch iterated on behalf of IBM, “For the rapid and mobile fingerprinting of beverages and other liquids less fit for ingestion, our team at IBM Research is currently developing Hypertaste, an electronic, AI-assisted tongue that draws inspiration from the way humans taste things.”

With Hypertaste, the company’s technology will reduce the gap between powerful stationary machines and portable sensors. Ruch added, “Closing this gap is crucial as most liquids of practical use are complex, meaning they comprise a rather large number of chemical compounds, none of which can serve as an identifier alone.”

Ruch explained that sending the liquids back to the lab for routine analysis adds a lot to the cost and impracticality of the study. The e-tongue would make the analysis much less costly and more time-efficient.

Hypertaste uses AI for combinational sensing. Ruch said, “In these liquids, it’s not so much the single components that matter but rather the properties that arise from combining them. Combinatorial sensing relies on the ability of individual sensors to respond simultaneously to different chemicals.”

The tongue consists of an array of sensors that obtain a “fingerprint” of the liquid. These sensors are electrochemical. They consist of electrodes that measure voltage signals from the molecules present in the fluid and generate a “fingerprint” for it. A mobile application then passes on this data to a cloud server.

Ruch told, “A trained machine learning algorithm compares the digital fingerprint just recorded to a database of known liquids. The algorithm figures out which liquids in the database are most chemically similar to the liquid under investigation, and reports the result back to the mobile app.”