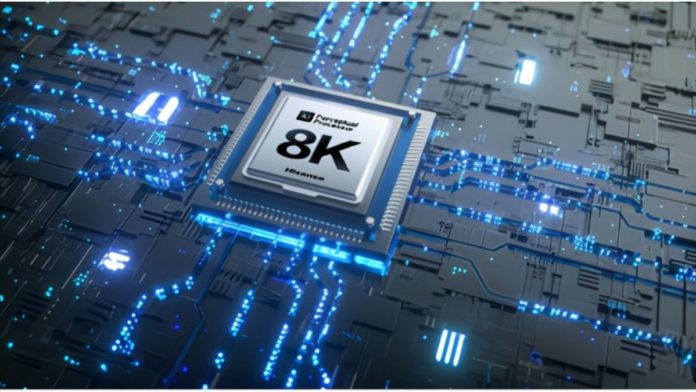 The newly launched chipset will help the company gain an edge over other brands in this competitive display market.

The Hi-View HV8107 chip supports over 33 million pixels and also has a partition control of 26,880 zones and sophisticated AI sensing capabilities. This feature provides an immersive viewing experience to the users, making it a highly capable chipset.

The company specializes in digital media products like smartphones and TVs, along with refrigerators, air conditioners, and other domestic appliances. Hisense was a vast customer base with products sold in over 200 countries across the world.

Hisense has been developing the first digital video processing chip with its own intellectual property rights and industrialization since 2005.

The company mentioned that the AI processor has already entered the mass production stage and will be used in various display products from Hisense’s subsidiary brands, including Toshiba. Hisense plans to prioritize chip research and development in order to differentiate itself from the competition.