The Kempner Institute will be opened at the Science and Engineering Complex in Allston by the end of 2022. 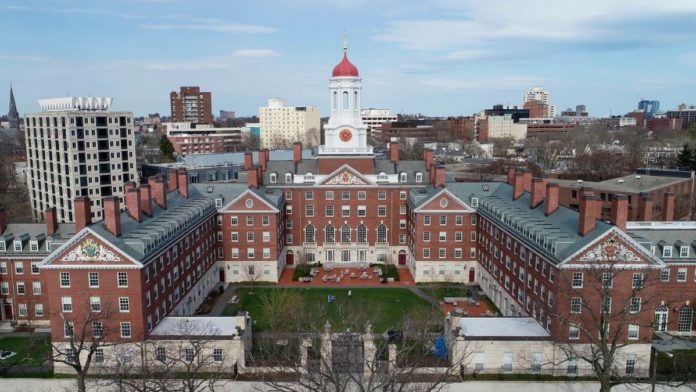 Harvard University announces the launch of its new institute named Kempner for the study of natural and artificial intelligence. The Kempner Institute will carry out studies to better understand the fundamentals of human and machine intelligence.

Bernardo Sabatini from the neurology department of the Harvard Medical School and Sham Kakade will lead the Kempner Institute. The newly launched initiative has been funded by a $500 million gift from Priscilla Chan and Mark Zuckerberg. The institute has been named after Zuckerberg’s mother, Karen Kempner Zuckerberg.

According to officials, the funds will be used to appoint ten new faculty members and build new computing facilities for students. Both Zuckerberg and Chan have made precious contributions to Harvard in the past in the form of supporting students, researchers, faculty, and many more.

President of Harvard University, Larry Bacow, said, “The Kempner Institute at Harvard represents a remarkable opportunity to bring together approaches and expertise in biological and cognitive science with machine learning, statistics, and computer science to make real progress in understanding how the human brain works to improve how we address disease, create new therapies.”

He also mentioned that the Kempner institute would help researchers better understand the human body and the world at a broader scale. According to the plans, Kempner Institute will be established at the new Science and Engineering Complex in Allston by 2022. The institute’s prime focus is to train undergraduates, graduates, and post-doctoral fellows in the human and artificial intelligence fields.

Individuals from underrepresented fields, Science, Technology, Engineering, and Mathematics (STEM), will be recruited to join the institute to carry out research. Faculties from various fields, including computer science, neuroscience, applied mathematics, cognitive science, and many others, will be working together in the Kempner Institute.

According to Sabatini, the institute will bring in experts from multiple fields to create a new population of researchers through education and funding programs.