El Salvador and Bitcoin Mayhem: Is this crypto experiment failing?

The recent FTX fiasco has opened discussions on how El Salvador's Bitcoin Project has fared so far. 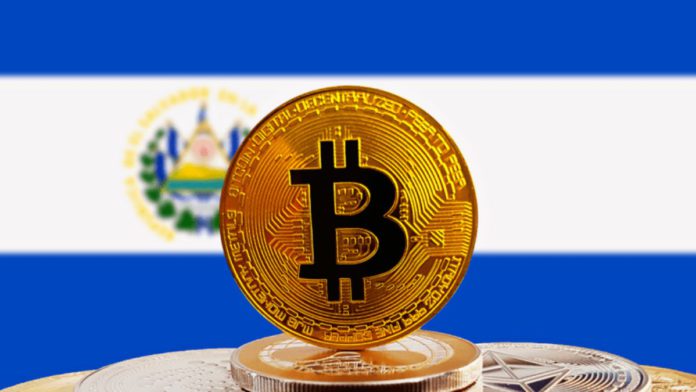 Following the impact of FTX’s collapse, speculations began to circulate online that El Salvador was in trouble because it kept part or all of its Bitcoin assets in FTX. Changpeng Zhao, the CEO of Binance, took to Twitter last week to put these rumors to rest, sharing that he spoke with President Nayib Bukele, who denied that the country used FTX to store its Bitcoin. Most recently, President Bukele tweeted that ‘FTX is the opposite of Bitcoin,” while explaining the inner workings of the Bitcoin protocol, emphasizing how Bitcoin protocol prevents bad actors like FTX CEO Sam Bankman-Fried from financial wrongdoings.

The Central American country of El Salvador made history when it became the first nation to recognize bitcoin as a legal tender more than a year ago. In 2021, President Bukele bought about US$300 million worth of Bitcoin to help the Central American country build its infrastructure. With President Bukele’s decision, both Bitcoin and the US dollar, El Salvador’s other official money, can theoretically be accepted by all companies.

The government offered residents financial incentives to download a special cryptocurrency app called “Chivo Wallet” (chivo is Salvadoran slang for “cool”) in a bid to popularize and regularize its use. Each Chivo Wallet will include US$30 worth of bitcoin as a government gesture, and the Chivo app was stated to function in tandem with Chivo ATMs, where users would be able to swap their bitcoin for cash without paying any fees. When the bitcoin law came into effect, the app was downloaded by half of all households in the country. However, the most recent cryptocurrency crisis and the impending collapse of the FTX market have raised concerns about the project’s overall success.

The proposal had drawn criticism from major international financial organizations like the International Monetary Fund. According to numerous polls, a huge percentage of Salvadorans opposed the initiative. Trade unions and citizens also railed against the dangers posed by the volatility of bitcoin and its possible use for money laundering. In contrast, Bukele’s constant assurances that bitcoin usage will be voluntary, the established legal mandate that all businesses accept bitcoin payments was considered extremely alarming. On the other side, though surveys portrayed El Salvador as a nation that is plagued with cynicism, in reality, only a small number of individuals have demonstrated against the move amid the fears it would bring instability and inflation to the impoverished nation.

The decision to legalize Bitcoin by President Bukele was built on the belief that it would draw in international investment, create employment, and motivate cryptocurrency entrepreneurs to set up businesses in the country. In El Salvador, almost 70% of residents are without a bank account, although the majority have smartphones. Cryptocurrency enthusiasts have long touted the potential of new digital currencies to assist the unbanked and underbanked, and El Salvador is keen on employing Bitcoin’s ability to boost a population’s commercial and economic prospects.

Another benefit anticipated was that bitcoin would speed up and reduce the cost of remittances from the Salvadoran immigrant community, which annually provide US$6 billion, or one-fifth of the nation’s GDP. His aspirations went as far as creating a whole “Bitcoin city,” a tax-free sanctuary financed by the issuance of US$1 billion in government bonds. The idea was to invest half of the bond proceeds in the city and the other half in Bitcoin, with the earnings from the latter being used to pay back the bondholders.

More than a year later, there is more than enough proof to say that Bukele had no idea what he was doing. Before moving forward with his ambitious plans, Bukele, who had referred to himself as “the world’s coolest dictator” in response to criticism of his growing authoritarianism, did not conduct any research or publish even a single technical report weighing the benefits and drawbacks of making bitcoin legal tender. Pouring public funds into a scheme to replace physical currency with cryptocurrencies was a dangerous gamble in a nation where only about a third of the population has access to the internet, and some areas even lack power. In other words, Bukele’s ignorance of the relationship between Bitcoin and GDP made the idea of utilizing public funds to place significant speculative bets on bitcoin incredibly irresponsible.

In retrospect, the bungled technical and communication components of the original, seemingly hurried introduction of Bitcoin in El Salvador were the biggest disaster. Just 20% of Salvadoran families surveyed in a nationally representative study of 1,800 homes in February reported using Chivo Wallet to deal in bitcoin. Many Salvadorans said their US$30 registration incentive had been spent before they had access to the system, and there were numerous accusations of identity theft. On the comical side of things, many citizens downloaded the app solely to get their hands on the US$30. Additionally, there was a lack of clarity on the exact requirements of the Bitcoin Law, notably those that applied to merchants.

With the collapse of the cryptocurrency market, El Salvador’s ability to fulfill its upcoming bond payment and avoid defaulting on its financial obligations is becoming less and less feasible. El Salvador has two US$800 million bonds that are due in 2023 and 2025, and experts are questioning if the country will be able to repay those. To make things worse, the rollout of Bitcoin as a legal tender did not mention much about the purchases. Experts, analysts, critics, and advocates are still mostly reliant on Bukele’s tweets because his administration hasn’t disclosed the on-chain or off-chain location of their alleged bitcoin purchases. The value of the bitcoins that the Bukele government purchased for more than US$100 million is currently less than US$50 million. This would be devastating for the nation’s economy and the government’s capacity to carry out duties effectively. Things could be worse if the US$1 billion Bitcoin bonds proposal did not stall, mostly because of the Russian invasion of Ukraine. The state of emergency declared in the nation at the end of March due to gang violence also put brakes on the project.

Fortunately, there is a silver lining amid the losses. More often than most people realize, the usage of bitcoin to send remittances from overseas has been proven to be effective. Eight months after the Bitcoin Law’s passage, it was announced in May of this year that 1.9% of remittances to El Salvador, or US$96.3 million, were sent using cryptocurrencies. According to reports, Salvadorans spend US$400 million a year only on remittance costs. Assuming the addition of half-price costs to 1.9% of US$400 million, one can see that Salvadorans saved slightly under US$4 million in remittance expenses in the first eight months by switching to bitcoin. If Salvadoran acceptance of bitcoin for remittances increases by just 2% per year, the nearly US$100 million spent on Bitcoin network infrastructure may pay for itself in less than a decade.

Apart from remittance relief, President Bukele has shared that adopting bitcoin has helped in reviving its tourism industry. The World Tourism Organization reports that El Salvador has increased its tourism-related revenue by 6% in comparison to 2019 pre-pandemic levels. This analysis is in agreement with what the government has been arguing about the impact of bitcoin use in the nation ever since it became legal tender. The tourism sector has grown 30% since this incident, according to Morena Valdez, Minister of Tourism, who made this claim in February. With foreign tourism accounting for around 5% of Salvadoran GDP prior to the Bitcoin Law, a sustained increase of that scale could enhance El Salvador’s GDP by more than 3%.

To help El Salvador further navigate through its economic woes, China has recently offered to buy a large amount of distressed foreign debt. Though Vice President Felix Ulloa assured they would exercise caution before agreeing to the offer, this development can be assuring as the nation is working to reduce strain within its bond market and avoid defaulting on its dollar-denominated debt.

After El Salvador entered its bitcoin era, it did face many challenges ranging from project rollout to local violence and hacks. The nation is still keen on this initiative, in the thick of criticism by the likes of IMF and opposition, it is also trying its best to channel itself out of the economic fiasco.

Advantages of working with a Digital Marketing Agency