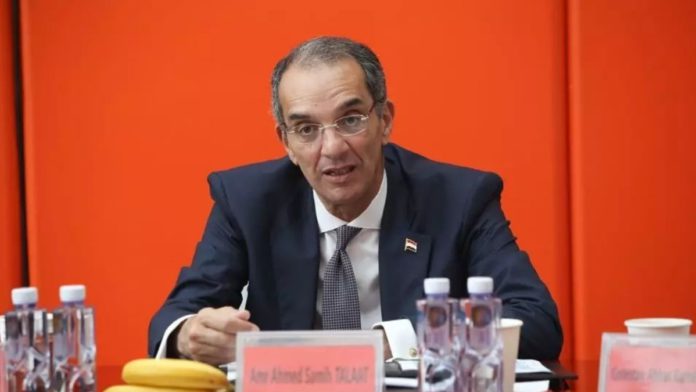 Egypt’s Minister of Communications and Information Technology (CIT) and Chairperson of the National Council for Artificial Intelligence, Dr. Amr Talaat, recently announced the launch of a special artificial intelligence platform in the country.

The platform will be developed and controlled by the National Council for Artificial Intelligence and will serve as Egypt’s official portal in the field of artificial intelligence.

The launch of the ai.gov.eg platform is a part of Egypt’s willingness to keep pace with the digital age and interact with the most prominent technologies of this era. It also plans to consolidate Egypt’s position to become one of the world leaders in the field of artificial intelligence.

The artificial intelligence-powered platform’s launch guarantees a major qualitative leap in this field and will save workers time and effort to reach their goals.

According to Golestan Radwan, Advisor to the Minister of Communications and Information Technology for Artificial Intelligence, the document on Egypt’s national artificial intelligence strategy has been published in both English and Arabic on the platform.

The platform aims to accelerate the process of communication, innovation, and cooperation with startups, along with programs for creating public awareness on artificial intelligence and preparing special courses for university students and professionals in the private and public sectors.

The Government Readiness for Artificial Intelligence index of Oxford Insight Foundation and the International Development Research Center, issued in 2020, indicated that Egypt’s ranking in the general index advanced 55 places to 56 globally of 172 countries, compared to 111 among 194 countries in 2019.

The country has recently played a vital role in the ongoing discussions within UNESCO to adopt a recommendation on the ethical use of artificial intelligence. In addition, Egypt also participated in an Arab Working Group on Artificial Intelligence meeting, held last February.