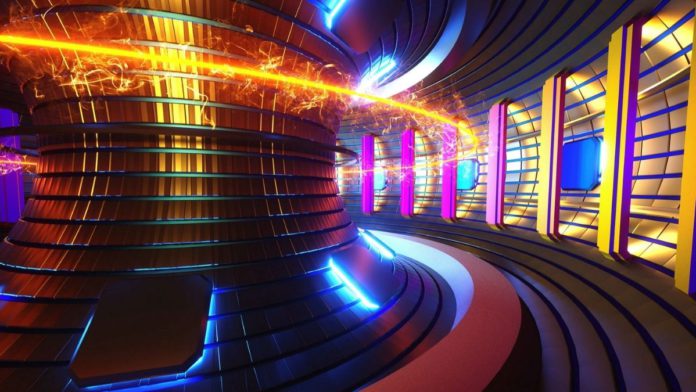 DeepMind, Google’s artificial intelligence subsidiary, has trained an AI to regulate the superheated plasma within a nuclear fusion reactor, paving the way for endless clean energy to arrive sooner.

DeepMind used its powerful deep learning technologies in partnership with the Swiss Plasma Center (SPC) at Ecole Polytechnique Federale de Lausanne (EPFL) to manipulate superheated plasma within a magnet-based reactor known as a “variable-configuration tokamak” (TCV). A tokamak is a doughnut-shaped vacuum encased by electromagnetic coils that holds a hydrogen plasma hotter than the Sun’s core. However, the plasmas in these devices are profoundly unstable and must be controlled to extract energy from the fusion reactions.

The Swiss Plasma Center at EPFL uses tokamak to explore the best conditions for confining continually changing plasma. The form and distribution of the plasma in the tokamak can be altered by varying the voltage in the 19 magnets that keep it in place. To guarantee that, the plasma never reaches the vessel’s walls, which would result in heat loss and perhaps damage, a control system is used to coordinate the tokamak’s several magnetic coils and regulate the voltage on them thousands of times per second. However, testing new plasma configurations by altering the tokamak’s linked settings necessitates a large amount of technical and design work.

According to an article published in the journal Nature, researchers from the two organizations employed a deep reinforcement learning system to control the 19 magnetic coils within the variable-configuration tokamak at the Swiss Plasma Center. The success of this setup will pave the way to shaping the design of larger fusion reactors in the future.

The researchers achieved this accomplishment by training their AI system in a tokamak simulator, where the neural network named critic learned how to negotiate the complexity of magnetic confinement of plasma through trial and error. It all began with monitoring how different settings on each of the 19 coils influenced the form of the plasma inside the vessel.

The AI-based system was able to develop and maintain a broad range of plasma forms and advanced configurations after being trained, including one in which two independent plasmas are maintained in the vessel at the same time. Finally, the researchers put their new system through trials on the tokamak to assess how it would operate in real-world scenarios. Here, they embedded the critic’s capability in another neural network called actor, which is a smaller, quicker network that operates on the reactor itself.

The RL system shaped plasma into a variety of configurations within the reactor by regulating the SPC’s variable configuration tokamak, including one that had never been seen previously in the TCV: stabilizing ‘droplets’ where two plasmas co-existed concurrently inside the device. Some of the configurations included a D-shaped cross-section similar to what would be utilized inside ITER (previously the International Thermonuclear Experimental Reactor), the large-scale experimental tokamak under development in France, and a snowflake arrangement that might help distribute the high heat of the reaction more uniformly across the vessel.

Eventually, it successfully contained the plasma for roughly 2 seconds, which is approaching the reactor’s limits i.e., TCV can only sustain the plasma for 3 seconds in a single experiment before cooling down for 15 minutes. The record for fusion reactors is 5 seconds, which was recently established by the Joint European Torus in the United Kingdom.

According to Federico Felici of EPFL, while there are various theoretical ways that could be deployed to contain the plasma using a magnetic coil, scientists have tried-and-tested strategies. On the other hand, the AI astounded the team with its new way of creating the same plasma structures using coils. As per Felici, the reinforcement learning AI system opted to employ the TCV coils in a completely new method, which nonetheless provides a similar magnetic field. This implies it was still producing plasma as anticipated, but it was using the magnetic cores in an entirely new way because it had unlimited flexibility to explore the whole operating space.

“So people were looking at these experimental results about how the coil currents evolve and they were pretty surprised,” Felici adds.

Nuclear fusion is a process that includes colliding and fusing hydrogen, a common element in water, to power the stars of the universe. The process, which releases massive amounts of energy, has been proclaimed as a potentially unlimited source of renewable energy, but it still faces a number of technical hurdles. The sheer gravitational mass of stars is enough to force hydrogen atoms together and overcome their opposing charges. But on Earth, magnetic coils are a must to sustain a controlled reaction.

While impressive, DeepMind’s breakthrough is simply the first step toward a practical fusion energy source. According to the laboratory, simulating a tokamak takes many hours of computer processing for one second of actual time. Furthermore, because the state of a tokamak might change from day to day, algorithmic enhancements must be created both physically and in simulation.

For the time being, this initiative should open the path for EPFL to pursue future combined research and development possibilities with other firms. “We’re always open to innovative win-win collaborations where we can share ideas and explore new perspectives, thereby speeding the pace of technological development,” says Ambrogio Fasoli, the director of the SPC and a co-author of the study.