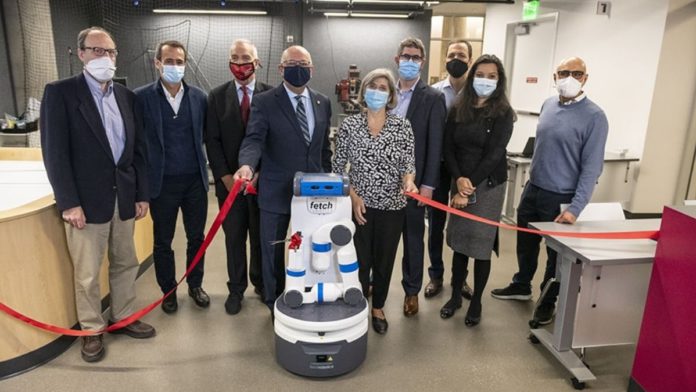 The head of Carnegie Mellon University’s UG program in artificial intelligence, Reid Simmons, has been appointed as the director of JPMorgan Chase & Co. AI Maker Space. The maker space is built across an area of over 1900f2and is situated on the first floor of the university’s Tepper building.

The building also hosts CMU’s Swartz Center for Entrepreneurship and business school. Simmons said, “We want students from all over the university — from engineering, business and fine arts — to come and use their creativity to make interesting things happen.” He further added that the maker space would give students the freedom to let their imaginations run wild.

JPMorgan Chase & Co. AI Maker Space will allow students to bring innovations that would revolutionize the artificial intelligence industry. An autonomous robot developed by Fetch Robotics cut the ribbon to inaugurate the maker space. This unique way of launching the facility shows the innovations it will bring to tackle some of the greatest challenges in the field of artificial intelligence.

The facility has been funded by the United States-based JPMorgan Chase & Co. President of Carnegie Mellon University, Farnam Jahanian, said, “By putting critical AI tools directly into the hands of CMU students and researchers at the forefront of innovation, the (maker space) will empower our students to become the next generation of AI leaders.”

He also mentioned that the facility will allow students to experiment with hands-on tools in an open environment to ‘sharpen the cutting edge of AI.’