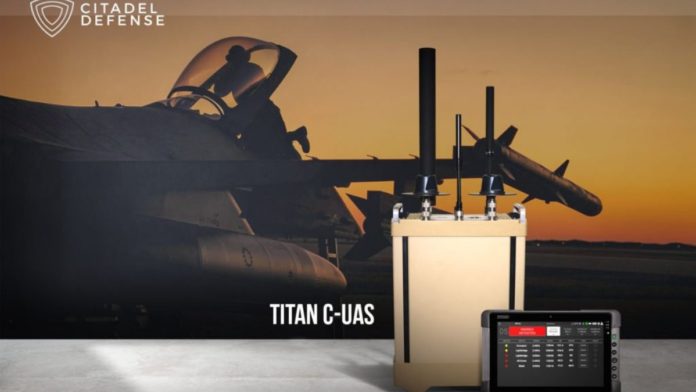 US-based startup Citadel Defence has recently confirmed that it has secured a $4 million contract with the United States government to develop an artificial intelligence-powered counter-drone system.

In recent years, terrorists have been using drones as aerial spies to gather information about the army. The government felt the need for a solution to counter this issue. Citadel Defence has been making drone solutions for the US army, navy, and airforce for years that have stood the test of time.

Founded in 2016, Citadel Defence is the market leader in developing machine intelligence and artificial intelligence-powered drones and anti-drone systems to modernize the US army and to aid military personnel in conducting unmanned missions in a better way.

The company’s Titan has an automated decision-making engine that matches threats with optimized electronic countermeasures without the need for the operator’s manual response or expertise in discriminating complex signal characteristics.

The company is currently recruiting highly skilled engineers to keep up with the demand of their system. Citadel has been developing Titan for the past four years and has been able to successfully integrate artificial intelligence with its system to improve its capabilities so that on battlefields, it can save the soldiers time by performing all the tasks on its own.

Williams also said, “Artificial intelligence is very effective in electronic attack missions. Getting the right data and recommendation to operators enables the human-machine teaming that will be necessary to compete in future conflicts.”