Chick-fil-A, the fast food brand known for its chicken sandwiches, said on Tuesday that it has partnered with Refraction AI to deploy a fleet of self-driving cars. 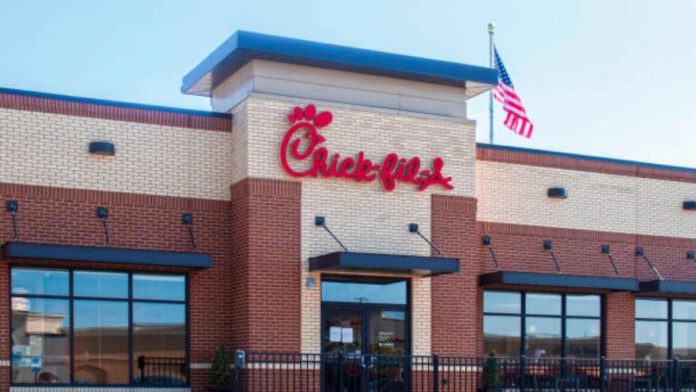 Chick-fil-A, a popular restaurant chain in the United States, is testing its autonomous delivery system in two of its stores located in Austin, Texas.

Chick-fil-A, the fast-food brand known for its chicken sandwiches, said on Tuesday that it has partnered with Refraction AI to deploy a fleet of self-driving cars.

Steigmeyer further added that the platform would enable them to provide rapid, high-quality, and cost-effective meal delivery within a mile radius of their restaurant, all while contributing to the clean and safe environment of the community they serve.

According to the robotics startup, its Robot-as-a-Service platform combines self-driving technology, teleoperations, and a delivery robot that runs alongside the road or in a bike lane.

The platform’s features include avoiding the speed, distance, and legal limits of walking on the sidewalk that too without compromising safety. An additional benefit of the Robot-as-a-Service system is that it can complete last-mile deliveries with 90% lower carbon emissions and 80% less energy consumption.

After successful testing at two stores, Chick-Fil-A plans to expand the deployment of autonomous delivery systems in other localities.

CEO of Refraction AI, Luke Schneider, said, “We are thrilled about working with Chick-fil-A, an organization that is admired and respected as much for its commitment to the communities it serves as it is for the innovation and quality of its business.”

He also mentioned that they are like-minded individuals who have joined forces with Chick-fil-A restaurants to exhibit a clever, rational approach to delivery.