Baidu’s new robocar features gull-wing doors with exterior sensors, zero gravity seats, and a centralized control system. The car does not have a steering wheel and pedals. 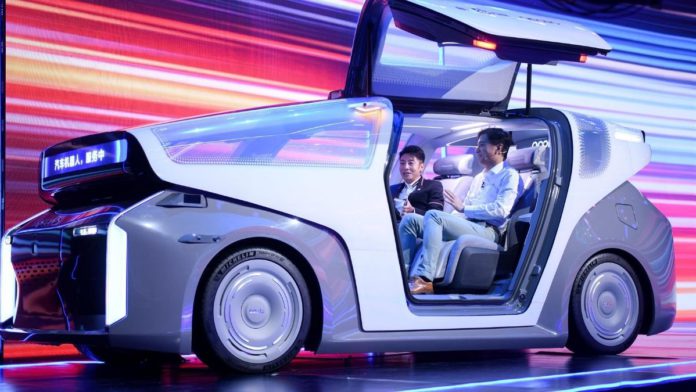 The new robocar does not feature a steering wheel or pedals and comes with a newly upgraded autonomous driving service system called Luobo Kuaipao. The company is focused on making this technology accessible to everyone in the coming future.

According to company officials, the robocar is capable of driving in a completely autonomous manner and understands voice and voice commands. The artificial intelligence system will learn from the driver to provide a personalized experience.

CEO of Baidu, Robin Li Yanhong, said during the conference, “We believe that cars of the future will be robocars. They will drive autonomously, act as both an intelligent assistant and a loyal companion.”

Li’s vision for future autonomous vehicles is bizarre as he believes that in the coming decades, cars will also serve as our driver, personal assistant, and lots more. Baidu’s new vehicle also has facial recognition capabilities to analyze the rider’s facial expressions that the artificial intelligence system will use to offer potential services the rider might need.

The car is equipped with gull-wing doors with external sensors of various kinds. The interior features zero gravity seats with a centralized control system.

He further added that it would take quite some time for fully autonomous driving vehicles to hit the mass production line as the technology still has many limitations in terms of safety features.

At the Baidu World 2021 conference, the company also launched the second generation of its artificial intelligence chipset named Kunlun 2. The chip has the ability to process vast amounts of data in a short time to boost high-performance computing speed.