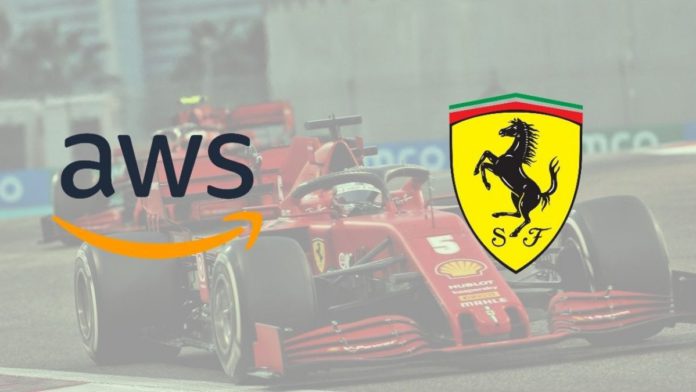 Amazon Web Service (AWS) and Ferrari announced an agreement for AWS to provide artificial intelligence, machine learning, and cloud services to the sports car manufacturer. The services provided by AWS will be used to test cars with an addition of a new fan engagement platform to Ferrari’s smartphone app.

The company is also planning to launch an augmented reality (AR) platform named Ferrari Garage, where the users will be able to experience the company’s cars in a virtual world. The company also plans to utilize these services for its vehicle information hub, where the company stores its car information and maintenance records.

The logo of AWS also appeared on Ferrari’s Formula 1 team at the French Grand Prix event, which took place on 20th June. Amazon Elastic Compute Cloud (Amazon EC2) will enable the carmaker to test complex simulations of cars in multiple driving, racing, and environmental conditions. This will help the company generate test reports much faster than the time taken in traditional on-premise testing.

Ferrari also plans to use Amazon ElasticKubernetes to improve the company’s car configurator, which is widely used to build customized cars in 2D and 3D formats. In addition, Scuderia Ferrari will utilize AWS services to develop a new digital platform where users will be able to connect to their favorite racers.

AWS has been the most popular cloud platform for over 15 years and has continuously worked to bring new advancements in their technology. Ferrari officials said they had chosen AWS because of its constant drive for innovation and the wide range of solutions they provide for machine learning and artificial intelligence.

“Ferrari and AWS are both exceptional in their respective spheres of activity, and I am pleased to welcome a partner known for the excellence of its innovation and creativity,” said the Managing Director of Ferrari, Mattia Binotto.