At Evron Quarry, an archaeological site in Israel, a 6 cm long flint tool was discovered to be altered by past heating to a temperature of about 300°C to 500°C. 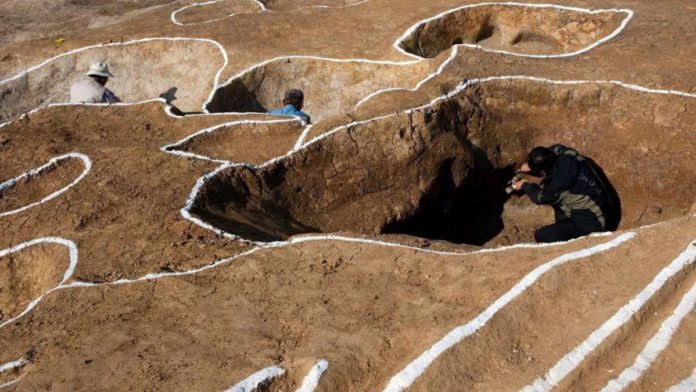 A team of archeologists from Israel and Canada have uncovered traces of use of fire about 1 million years ago using artificial intelligence (AI) technology. The traces were found at a site in Israel where no such evidence has previously been found.

At Evron Quarry, an archaeological site in Israel, a 6 cm long flint tool was discovered to be altered by past heating to a temperature of about 300°C to 500°C. According to researchers, the molecular change is the evidence that human ancestors at the site may have been using fire as early as 800,000 to 1 million years ago.

There is ample evidence of the controlled use of fire as far back as 200,000 years ago, but the evidence that fire was used during earlier periods is more scarce.

To address the issue, a research team at Weizmann Institute of Science, Israel, developed a computer algorithm that uses deep learning, a form of artificial intelligence. The algorithm evaluates data gathered from stone fragments when exposed to ultraviolet light.

The procedure can detect if heating to hundreds of degrees has altered the stone’s molecular structure. Such signs are invisible to the naked eye but can be spotted by this computer-aided system.

After training the algorithm on test materials prepared in a laboratory, the group tested their method on an actual set of samples obtained from the archeological site, Evron Quarry, located near Israel’s Mediterranean coast.

The deep-learning algorithm detected the signs of heating in some of the flint tools. Further examination of the material uncovered fragments of burned elephant tusk.

Researchers believe that the possibility of a natural wildfire producing the results cannot be excluded. However, the discovery raises the prospect of a more comprehensive search for evidence of fire at similar ancient sites, especially places where such evidence could be attributed to Homo erectus.