This new development has been condemned by people stating it to be “intrusive” and “creepy.” 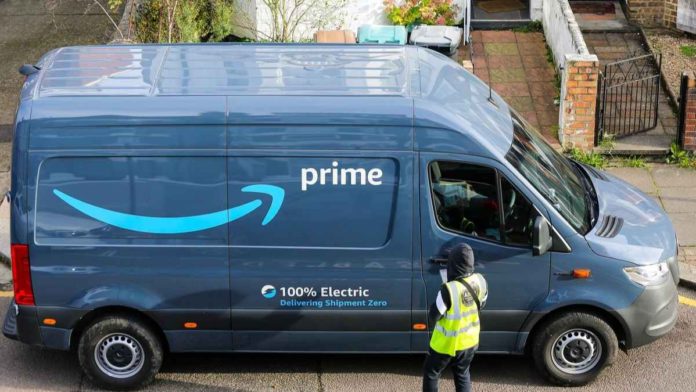 The cameras will record video footage of both inside and outside of the vehicles to effectively detect traffic norms violations and poor driving practices. The collected footage will then be analyzed by the company to determine the quality of its services.

When the vehicle’s ignition is turned off, the cameras are supposed to turn off automatically. Additionally, drivers will also receive a score based on the analysis of the captured videos.

Last year, Amazon announced that it planned to install these cameras, but it has come to an effect recently. However, this new development has been condemned by people stating it to be “intrusive” and “creepy.”

“We are against cameras being pointed in the face of the drivers every second of every day that they are working. This is surveillance, it does not aid driver safety,” said a GMB Union spokesman.

In 2021, more than 200 Amazon employees signed a petition demanding that the company halt its “labor surveillance.”

The aim of implementing this technology, according to an Amazon official, is to keep drivers and communities safe; there is no other reason.

She further added that this kind of surveillance might actually distract drivers, demoralize them, and it is harmful to employees’ rights and bad for privacy in the UK.