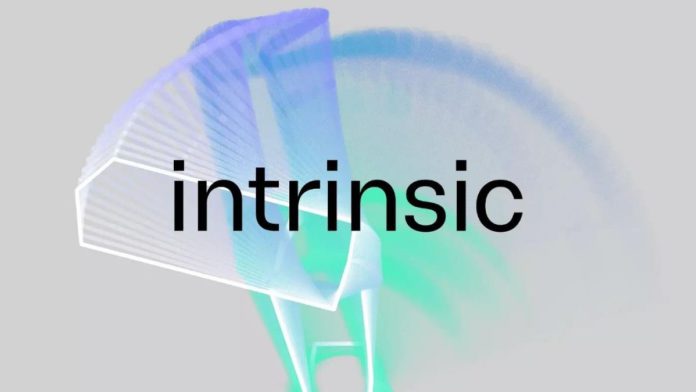 Alphabet launches Intrinsic, a robotics software company that will focus on developing state-of-the-art solutions for industrial robots. After five and half years of research on cognitive robots, Intrinsic comes out from Alphabet’s moonshot project company called X.

The newly spun out Alphabet’s Intrinsic will be led by Wendy Tan-White, who announced her appointment through a post. “Intrinsic is working to unlock the creative and economic potential of industrial robotics for millions more businesses, entrepreneurs, and developers,” wrote Wendy Tan-White, CEO of Intrinsic.

Intrinsic’s primary focus will be to create machine learning-based software that can be used in a wide range of tasks. Over the years, robots developed to automate industrial work highly rely on hard coding. Such manual work takes several months to create software and is limited to carrying out specific tasks. However, Intrinsic is focused on generalizing with machine learning methods to increase the productivity of robots by enabling them to carry out a wide range of tasks.

“Over the last few years, our team has been exploring how to give industrial robots the ability to sense, learn, and automatically make adjustments as they’re completing tasks, so they work in a wider range of settings and applications,” said Wendy Tan-White.

According to the company, it trained a robot in two hours that could complete a USB connection task that would have been taken hundreds of hours to program. And in another test, robotic arms were able to assemble architectural installations and a simple piece of furniture.

Although robots are a part of manufacturing companies, they were focused only on eliminating tedious tasks to reduce manual labor. But, for complex tasks, which mostly cannot be structured, companies relied on human efforts.

With Intrinsic, Alphabet is now trying to revamp the entire industrial robotics landscape, especially with the advancements in machine learning research that can power machines to carry out strenuous tasks.