HomeNewsAi-Da Robot has painted a picture of Queen Elizabeth to celebrate her...
News

Ai-Da is the world’s first artificial intelligence-powered robot that can paint just like an artist. 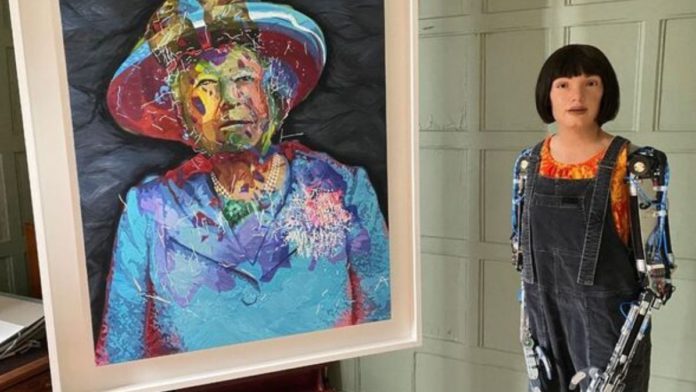 Algorithmic Queen, the artificial intelligence-powered robot’s picture, was created to depict the various facets of technological advancement that have occurred over Queen Elizabeth’s 70-year reign.

In the words of the developer of Ai-Da, the portrait provides a marker for “how far things have come” in the monarch’s life. The painting was layered and scaled to produce the final multidimensional portrait of Queen Elizabeth.

Ai-Da is the world’s first artificial intelligence-powered robot that can paint just like an artist. The robot, named after Ada Lovelace, the first female computer programmer, uses face recognition technology to scan photographs and feed them into an algorithm that controls her robotic arm’s movement.

The developers of this robot claim it to be “the first ultra-realistic humanoid artist.” Ai-Da was first introduced back in 2019 at Oxford University, after which it has traveled across the world to showcase its capabilities. Ai-Da is updated regularly, allowing it to extend and refine its abilities as technology is continuously evolving.

Apart from painting capabilities, Ai-Da can also effectively converse with others.

Ai-Da said, “I’d like to thank Her Majesty the Queen for her dedication and for the service she gives to so many people. She is an outstanding, courageous woman who is utterly committed to public service.” The robot further added that it thinks she’s a wonderful person, and it wishes Her Majesty the Queen a very happy Platinum Jubilee.