HomeData ScienceWho is the Father of Artificial Intelligence?
Data Science

After playing a significant role in setting up the foundation for the creation of intelligent machines, John McCarthy was honoured with the title 'Father of Artificial Intelligence'. 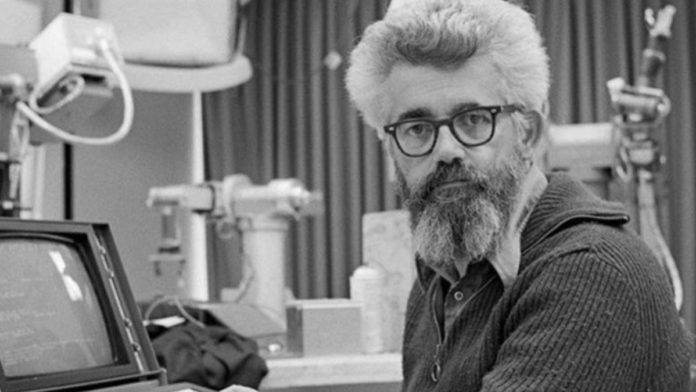 After playing a significant role in setting up the foundation for the creation of intelligent machines, John McCarthy, a renowned American computer scientist and inventor, was honored with the title Father of Artificial Intelligence. He coined the term Artificial Intelligence and therefore is credited to be the founder of AI. This article sums up John McCarthy’s early life, history of artificial intelligence, and his achievements.

John McCarthy, a renowned computer science giant and a pioneer in artificial intelligence, was born in Boston on September 4, 1927. However, things were not always smooth for this genius. McCarthy was born to a family of European immigrants during the Great Recession. Considering the humble circumstances he came from, little seemed to point toward the fact that McCarthy was to become a successor to Alan Turing and the father of AI. The poor health of McCarthy’s younger brother led his family to settle in Los Angeles after moving throughout the country for a while in search of work opportunities. It was there that McCarthy, who was already outstanding in mathematics, came to know about the California Institute of Technology (Caltech). The future father of artificial intelligence taught himself college-level mathematics by borrowing used textbooks from Caltech students before entering college.

McCarthy worked as a carpenter and fisherman while trying to study at the same time. He was an inventor from a young age. He devised a hydraulic orange-squeezer, among several other things, to help his family out. Despite having health complications, he secured a place in an undergraduate program in mathematics at the California Institute of Technology. When he officially entered Caltech, he had already studied so much independently that his professors allowed him to skip the initial two courses. He graduated in the year 1948 and obtained his doctorate in mathematics from Princeton in 1951. So far, it was clear that McCarthy was an extraordinary mind with exceptional learning capabilities.

Early in his life, John McCarthy attended a symposium on ‘Cerebral Mechanisms in Behaviour’, and it was here that the idea to create machines that could think as humans took birth in his mind. He believed that it was possible to develop machines that could embody the problem-solving nature and abstract thinking of human brains. In his formal proposal for the Dartmouth Conference, the first-ever artificial intelligence conference conducted in 1956, McCarthy coined the term. His intention behind the conference was to discuss if there was any way to develop a machine that could think abstractly, develop itself, and solve problems like a human. The father of AI claimed that every aspect of learning or any other attribute of intelligence could be described so precisely that a machine can be made to simulate it in principle.

The father of AI defined artificial intelligence as the engineering science of making intelligent machines. At the conference, he established the objectives that he would pursue throughout his career. Ten computer scientists attended this conference. The inaugural text for the conference was written along with two prestigious scientists, Claude Shannon and Marvin Minsky, who soon abandoned the study to focus on mathematical or computational theorizing. However, McCarthy is recognized as the father of artificial intelligence for two reasons: pioneering the field of AI to turn it into a new area of research and continuing to provide evidence for its development for half a century.

As mentioned earlier, John McCarthy coined the term Artificial Intelligence, laying down the roadmap for it to become a field of study. He was later joined by Marvin Minsky in 1959 at MIT, where McCarthy was a research fellow. In following his quest to build machines that could imitate human logical thinking, McCarthy’s next breakthrough came when he proposed ‘Advice Taker’ in his research paper ‘Programs with Common Sense’ in 1958. Advice Taker was a hypothetical computer program that would use logic to represent information in a computer. It was the first step toward the concept of using logical reasoning to enhance artificial intelligence.

During the same time, the founder of artificial intelligence invented a new programming language called LISP, which is still used as a language in the field of artificial intelligence. John McCarthy gained much recognition between the 1950s and 1960s because of his stunning concept of time-sharing. Experts say that his concept of using one central computer to store everything and sharing across multiple systems was the foundation idea for the present-day cloud-based storage.

McCarthy also invented the ‘garbage collection ‘method for solving problems in the programming language LISP around 1959. This method attempted to claim memory that was occupied by objects and was not being used by the program. This invention made way to further simplify manual memory management in LISP. Later on, John McCarthy became a distinguished member of the ACM Ad Hoc Committee on Languages at the International Federation for Information Processing (IFIP).

Between 1978 and 1986, McCarthy spent his time developing the circumscription method of non-monotonic reasoning. As complicated as the term sounds, Circumscription was a method of formalizing the common-sense assumption of things as expected, unless specified otherwise. In 1982, news surfaced about McCarthy’s new idea of Space Fountain. It revolved around the idea that a long tower would be extended into space. The tower would be kept vertical by the outward force of a stream of pallets emitted from the earth. This would be done with a conveyor belt to bring these pallets back to earth.

“He who refuses to do arithmetic is doomed to talk nonsense.”

“All travel is, after all, a journey in time and mind. Physical landscapes are a mirror of, or perhaps a key into, our inner landscape.”

“With no more than six levels of misquotation, any statement can be made to say whatever you wish.”