Should Government Employ Sentiment Analysis To Better Understand Its Citizens? 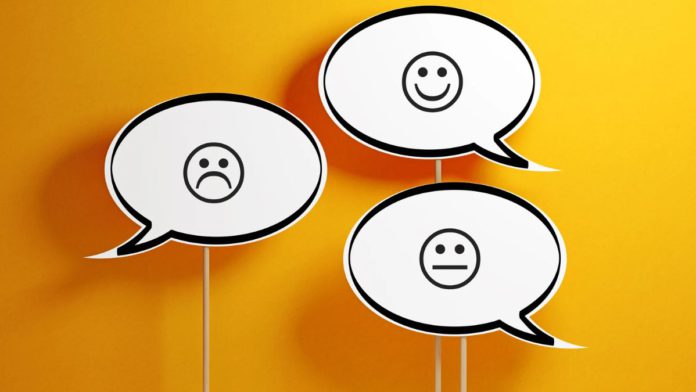 People often rush to social networking platforms like Facebook, Instagram, and Twitter and other online platforms like LinkedIn, YouTube to share trivial and important events from their lives. Whether it is mundane or exciting, there is an innate urge to talk about current affairs and vapid details about everything. Be it ranting about how they feel about certain things – stuck in a traffic jam, poor customer service, festival season, etc. – people have the compulsion to communicate their thoughts to the world via social media. While this seems pointless, these ‘thoughts’ can be data points for the government to understand its citizens via sentiment analysis.

Sentiment analysis is the practice of using Natural Language Processing (NLP), a subset of machine learning, to recognize sentiments and emotions that are communicated in human languages. NLP enables machine learning-powered systems to recognize and evaluate the thoughts and opinions expressed in a post or any piece of content uploaded on the internet. First, NLP recognizes human language and transforms it into machine language. After the natural language input has been converted into machine-understandable text, natural language processing algorithms scan it to look for trends, anticipate future events, or discern the precise message the user intended to communicate. Leveraging this technology in the business allows organizations to pinpoint if a customer has a favorable or negative opinion of their good or service and take the appropriate action to resolve it.

Businesses get insight and understand exactly what is expected of them so they can respond in real time by analyzing the thousands of comments and opinions made on social networking sites, online surveys, reviews, and sometimes even videos. This has been a driving factor for reliance on sentiment analysis by brands looking to be thoughtful regarding what they are talking about, how they are marketing themselves, and how they are accountable for their actions while safely inclining toward our interests.

Sentiment analysis is used in various fields, including business and marketing, journalism, and others. It has a wide range of applications that can help decision-making across many domains. Even government organizations can employ sentiment analysis to gain better insights into the opinions of their citizens. They can use it during elections, public action or even manage and monitor a natural disaster.

As was noted in the introduction, social networking sites like Twitter, LinkedIn, and others are some of the most popular avenues for people to express their thoughts on a broad range of topics. Microblogging sites like Twitter can be an excellent breeding ground for sentiment analysis owing to the accessibility, visibility, and abundance of Twitter content. Twitter allows people to express themselves by posting and interacting with brief tweets. Every day, millions of tweets are posted on virtually every subject. This makes Twitter a resourceful platform for sentiment analysis. Besides, Twitter is the only platform that still caters to Genz, millennials, and boomers alike.

Meanwhile, platforms like LinkedIn can be viewed as collections of hyperactive communities engaging about issues in a detailed manner. Here, the narratives about any topic are directly controlled by an ‘influencer’ or ‘social celebrity,’ who exerts such influence because of their professional career, large followers, or both. In comparison to Twitter, Linkedin has quite a formal tone.

In smart cities and other cutting-edge urban jungles where microblogging platforms like Twitter and apps like LinkedIn are increasingly widely utilized, the government can employ NLP on such platforms to clearly understand the issues and grievances of their population as they arise via sentiment analysis.

Every government aspires to improve the effectiveness of its public services and take the initiative in order to serve its population better. Sentiment analysis can assist them in comprehending the primary problems that citizens encounter, such as traffic congestion and inconsistent treatment at the government offices and federal agencies like the police. The insights from such analysis can assist them in developing new policies to address those concerns, and grievances and get real-time reactions from people to them. The latter will aid government employees in comprehending how public opinion has been impacted by government initiatives and policies.

Ruling political parties can plan new policies or election campaigns based on the causes of people’s angst or happiness and the associated patterns. Even opposition parties can identify trends in people’s resistance or support for new legislation and develop agendas for their own parties through sentiment analysis. Sentiment analysis enables both sides of government to remain aware of the public opinion about their parties, their actions, and their statements. One incorrect comment may affect public opinion negatively on social media, which can lead to fatal reputation damage during an election season.

It is possible that government may hesitate from leveraging sentiment analysis due to privacy violations. However, that can be addressed by having social media user data protection laws in place that can check how the government is using the data, data storage, data selling and other privacy concerns.