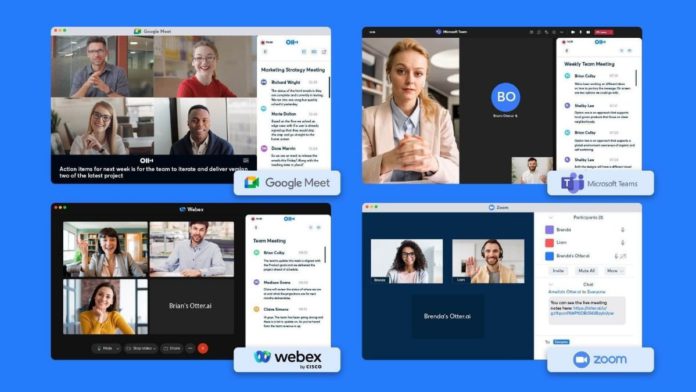 The new feature will be available on the company’s AI assistant that customers can use to transcribe meetings conducted on Zoom, Microsoft Teams, Google Meet, and others.

According to the company, their newly launched feature comes with the capacity to collect, assign, and comment on action items directly from automated notes, along with a live AI-generated meeting outline and summary.

Otter.ai mentioned that it also plans to roll out this update for Android and iOS over the coming weeks. Users will now be able to view, join, and record Zoom meetings directly from Otter.

Co-founder and CEO of Otter.ai, Sam Liang, said, “We all spend too much time in meetings, and I am really excited about the power of AI to make meetings more productive.”

He further added that the updated Otter makes meeting collaboration easier and faster, making it a must-have tool for today’s hybrid, in-person, and virtual meetings.

The Otter Assistant feature is available in the paid plans of Otter subscription, which starts from $8.33 per month billed annually and provides limited trial access to the feature.

United States-based artificial intelligence software developing company Otter.ai was founded by Sam Liang and Yun Fu in 2016. Otter.ai is best known for its award-winning product, Otter Voice Notes, used by business professionals, journalists, and students to generate rich notes that can be shared and searched quickly.

To date, the firm has raised around $63 million from investors like Spectrum Equity, Horizon Ventures, Fusion Fund, Duke Angel Network, and many others over three funding rounds.