HomeMiscellaneousNASCAR sets its eyes on the crypto market by starting its NFT...
Miscellaneous 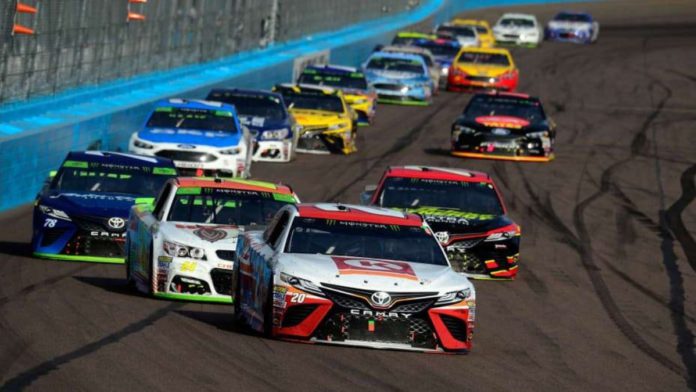 Cryptocurrency has taken the world by storm. What previously seemed like a fictional dream has become a normalized thing today. With the NFT movement hitting the internet right in the zeitgeist, numerous possibilities and promises are starting to occupy the central forces behind this phenomenon. Even the racing bigwig NASCAR is not hesitating from taking the plunge as well after NFL and NBA.

Shopping for race memorabilia, merchandise, and collectibles has always been part of every major sports league. This also holds true for the National Association of Serial Automobile Racing (NASCAR), one of the most important championships in the United States, which is also known for its extensive relationship with collectibles and NASCAR fans’ obsession with them. Now, NASCAR has introduced its own non-fungible tokens (NFT) collection and collectibles market.

Speedway Motorsports, which owns eight racetracks, seven of which stage NASCAR races, spearheaded the initiative. It has launched RaceDayNFT.com, collaborating with GigLabs, which will offer NASCAR-themed NFTs based on the Flow blockchain. This is a platform created by Dapper Labs, on which the game NBA Top Shop’s renowned collectibles are made available.

The new marketplace will kick off on September 13, at 1 p.m. ET a week prior to the Cup Series playoff race at Bristol Motor Speedway. When the new RaceDayNFT marketplace launches, 10,000 commemorative ticket NFTs for the next Bristol race will be available for free.

According to a release, 9,500 of these will be in the form of an entry ticket to the Bass Pro Shops NRA Night Race, which will take place on September 18. There will also be 500 NFT of golden tickets available, which will be distributed at random among individuals who register on the site.

The same is true for the remaining Speedway Motorsports playoff events this autumn at Las Vegas Motor Speedway, Charlotte Motor Speedway, and Texas Motor Speedway, and all commemorative ticket NFTs will have sound effects or music. There are four components to the NFTs for each of these four races, including the commemorative ticket NFTs. Fans attending any of these races may also scan a QR code to receive a one-of-a-kind at-the-track NFT, after which they can purchase 500 more collectibles for $25 each.

There will also be an At The Track NFT available for fans to claim on property throughout the Bristol race weekend. Finally, following the race, two collectible “Winners Edition ” NFTs will be released: one for the race winner and an identical version that will be auctioned off.

If fans well receive RaceDayNFT, Burch said there is “limitless” potential to extend what is provided, including NFTs between NASCAR organizations, the IndyCar Series, and NHRA.

This is not NASCAR’s first experiment with cryptocurrency. In fact, Landon Cassill, a NASCAR driver, was the first in the industry to be paid exclusively in cryptocurrency earlier this year. So far, fans have reacted positively to the company’s introduction of digital tickets and race schedules.

Cassill addressed the industry’s use of non-fungible tokens, saying, “If NASCAR entities can create a way that is understandable, not intimidating, and makes sense, and gives those fans ownership over the things that they love — the drivers, teams, and tracks that they love — I believe it can definitely succeed, as long as it strengthens the community and empowers those race fans.”

Another automobile industry behemoth, BMW, debuted its own NFT series this summer. It focuses on the digital memorabilia of its classic automobile models. With NASCAR’s own marketplace and NFTs, the industry’s crypto adoption will grow by leaps and bounds.

Misinformation due to Deepfakes: Are we close to finding a solution?