India and Germany to work together on AI Startups and Research

According to officials, an Indo-German call for proposals will be issued soon, which will be aimed at inviting proposals from researchers and industry. 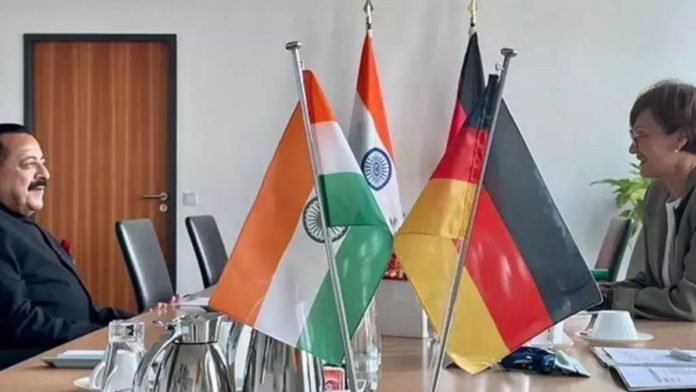 On Tuesday, India and Germany agreed to collaborate on artificial intelligence (AI) startups and AI research.

Jitendra Singh, Minister of Science and Technology and Earth Sciences, and his German counterpart Bettina Stark-Watzinger revealed this new development during a meeting.

In addition to supporting AI startups and research, both the countries also promised to join hands to increase the adoption of a higher degree of application of AI in sustainability and healthcare.

Read More: ISMC to set up a $3 billion Semiconductor Fabrication Unit in Karnataka

Jitendra Singh expressed satisfaction at the meeting in Berlin with the ongoing science and technology cooperation between India and Germany, which is one of the strategic pillars of the bilateral relationship.

According to officials, an Indo-German call for proposals will be issued soon, which will invite proposals from researchers and industry. The two countries have already begun mapping each other’s strengths in areas such as artificial intelligence application in sustainability and healthcare.

Officials said, “There are a lot of scopes to work together in Artificial Intelligence, for which experts on two sides have already met. An Indo-German call for proposals for this would be raised soon, inviting proposals from researchers and industry.”

Moreover, both Ministers expressed satisfaction with the recently signed Memorandum of Understanding (MOU) between the Department of Science and Technology of the Government of India and the German Research Foundation (DFG) to aid the International Research Training Groups (IRTG) program, which will help strengthen cooperation in capacity building for Indian and German students pursuing Ph.D.