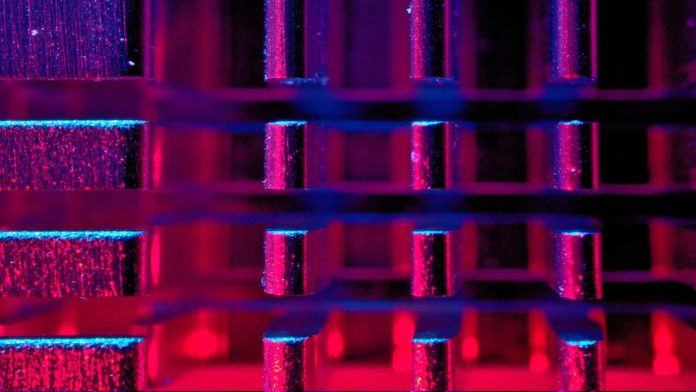 IBM, Daimler AG, and Virginia Tech researchers simulate materials with fewer qubits. Their work was published in the October issue of the Royal Society of Chemistry’s journal, “Physical Chemistry, Chemical Physics” and featured as a “hot topic” in 2020.

“Nature isn’t classical, dammit, and if you want to make a simulation of nature, you’d better make it quantum mechanical., and by golly, it’s a wonderful problem because it doesn’t look so easy.” – Richard P. Feynmann.

Quantum computers can predict the properties of molecules with precision on par with actual lab experiments. It involves accurate modeling of molecules of a compound and the particles that make up these molecules to simulate how they react in many different environments. There are infinite molecular combinations to test before the right one is found, requiring large numbers of qubits and quantum operations.

In practice, there are two approaches for simulating with fewer quantum resources. One approach is to perform classically intractable calculations on the quantum computer followed by classical post-processing to correct for basis set errors associated with using fewer qubits. The second is to reduce the quantum resources required for more accurate calculations — the number of qubits and quantum gates. The researchers adopted the latter approach.

The information density of negatively charged electrons to repel each other does not usually fit existing quantum computers because it requires too much extra computation. Therefore, the researchers incorporated electrons’ behavior directly into a transcorrelated Hamiltonian. The result was an increased simulation’s accuracy without the need for more qubits.

Daimler, an IBM’s research partner, has heavily invested in designing better batteries for electric vehicles that will occupy tomorrow’s roads. The company wants to build the capacity to search for new materials that can lead to higher-performing, longer-lasting, and less expensive batteries. Therefore, Daimler intends to simulate more and more orbitals for reproducing the results of an actual experiment as better modeling and simulations will ultimately result in the prediction of new materials with specific properties of interest.