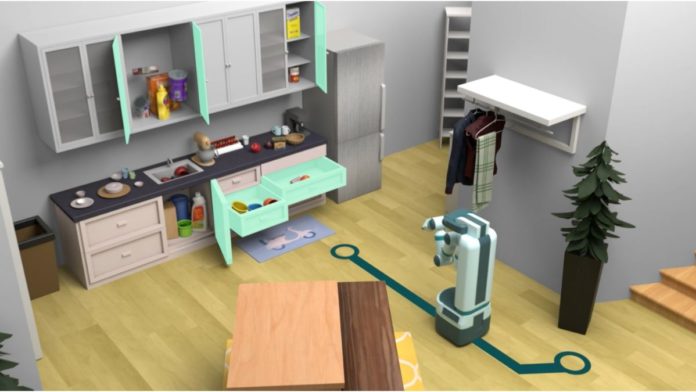 On Wednesday, Facebook released Habitat 2.0, a virtual environment that is used to teach physical world interaction to robots. This is the better version of the original Habitat simulator released in 2019.

Training artificial intelligence models in simulation is a great way to teach robots to accomplish tasks in the real world. Virtual environments give AI the leverage of practicing the same task thousands of times without physically interacting with the real space. With this aim, Facebook initially designed Habitat in 2019, but it had the limitation of not interacting with the objects. It would know where the spoons are but couldn’t get the spoon to you. Now with version 2.0, this has been made possible.

Habitat 2.0 has simulations for various virtual spaces, such as offices, two-story homes, warehouses, and more. An infrared depth capture system that records the exact shape of every object like chairs, dishwashers, windows, and cabinets was used to make these virtual environments perfectly realistic.

Habitat 2.0 used a new data set called ReplicaCAD, which is a reconstruction of Replica, Facebook Reality Lab’s data for 3D environments. “In ReplicaCAD, previously static 3D scans have been converted to individual 3D models with physical parameters, collision proxy shapes, and semantic annotations that can enable training for movement and manipulation for the first time,” mentioned Facebook AI in their blog.

The fabrication of Habitat 2.0 was done to prioritize speed/performance over a more extensive range of simulation capabilities. For faster simulation, the platform uses a navigation mesh instead of complete ground contact for the robot’s movement. Hence the platform does not support non-rigid dynamics that cannot be meshed, such as deformable liquids, films, cloths, and ropes. This makes the Habitat 2.0 simulator twice faster than most 3D simulators. According to the Facebook AI researchers, Habitat can perform a 6-month simulation in just 2 days.