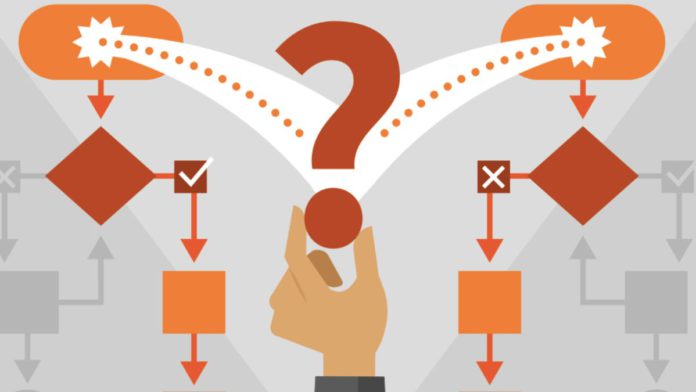 Logistic regression is a supervised machine learning technique used for classification problems. Here, we predict the categorical dependent variable using the given independent variables. The predicted outcome is binary: yes or no, 0 or 1, etc. The working of logistic regression is that the relationship between the dependent and independent variables is statistically analyzed with the sigmoid (aka logistic) function to carry out prediction, which is close to linear regression where a regression line is fitted to data. It is on top of the types of classification algorithms in machine learning because of its working principle, which is as simpler as linear regression. The sigmoid function is a mathematical function that is an S-shaped curve used to convert values into probabilities.

Mathematically, we define the probabilities of outcomes and events by measuring the impact of multiple variables in the given data. Logistic regression plays an important role in machine learning because of its ability to provide probabilities and classification of new data using historic continuous or discrete data. There are two assumptions for logistic regression:

The equation for logistic regression is,

where, log[y / 1-y] is the logarithm of the likelihood of the dependent variable

b0 is the y-intercept

Based on the number of outcome categories, logistic regression are of three types.

What decides the ‘k’ in KNN?

‘K’ indicates the number of neighbors a data point has. It is considered a hyperparameter in KNN, which has to be decided beforehand to get the most suitable fit for the data set. When k is small, it gives the most adjustable fit to the data but will have low bias and high variance. Meanwhile, when k has a higher value, it is more flexible to outliners and has a lower variance but high bias. There is no right way to find the best value of ‘k,’ it depends on the dataset, but the most preferred value is 5.

Decision tree is a supervised learning algorithm that uses a tree representation to solve the problem by producing a sequence of rules that can classify the data. This algorithm can be visualized among the other types of classification algorithms in machine learning, making it simple to understand. A decision tree requires little data preparation and can handle both numerical & categorical data. The algorithm is a flowchart tree-like structure in which each leaf node corresponds to a class label and represents attributes on the internal nodes. Decision trees can be defined as a graphical representation for getting all possible solutions to a problem based on the given conditions.

A decision tree works to predict the class of a given dataset. It starts from the root node and goes to leaf nodes. The algorithm works as a classification model by comparing the values of root attributes and record (dataset) attributes based on this, we follow the branch and jump on the next node. This process of comparison continues until you reach the leaf node. To find the best attribute in the dataset attribute selection measure (ASM) is used. ASM is a technique of selecting the best attribute in the given dataset performed either by information gain or Gini index.

And the formula for entropy is,

Gini Index is a metric measuring impurity or purity of an element. It calculates the amount of probability of a specific attribute classified incorrectly when selected at random. The decision tree prefers a low Gini index attribute to create binary splits. The formula for calculating the Gini index is,

where Pj is the probability of an element being classified for ‘j’ distinct class.

Support vector machine (SVM) is one of the most widely used supervised learning classification methods because of its significant accuracy with less computation power. The objective of SVM is to fit a hyperplane to the data points in an N-dimensional space that distinctly classifies data points and helps to categorize a new data point. Hyperplanes are decision boundaries that can segregate the N-dimension space into classes. The dimension of the hyperplane depends on the number of features present in the given dataset.

There can be two types of SVM:

Read more: How Cropin is transforming the agroecosystem with machine learning?

The formula for Bayes’ theorem is,

P(A|B) = Posterior probability, i.e the probability of hypothesis A on the observed event B.

P(A) = Prior Probability, the probability of hypothesis before observing the evidence.

The fundamental assumption of the Naive Bayes classification model is that each feature makes an independent and equal contribution to the outcome. To be noted, the assumption is not generally found in real-world situations. In fact, the independence assumption is never correct but often works well in practice.

There are three types of Naive Bayes classification models,

Machine learning provides various classification techniques, and we have discussed the five most simple and basic types of classification algorithms. The above-stated algorithms are easy and straightforward for implementation yet give good accuracy. These algorithms use mathematically & statistically proven methods & laws to perform analytical tasks.