Boston Dynamics Pledges not to Arm Robots with Weapons

It also urged governments and the rest of the robotics community to take similar actions. 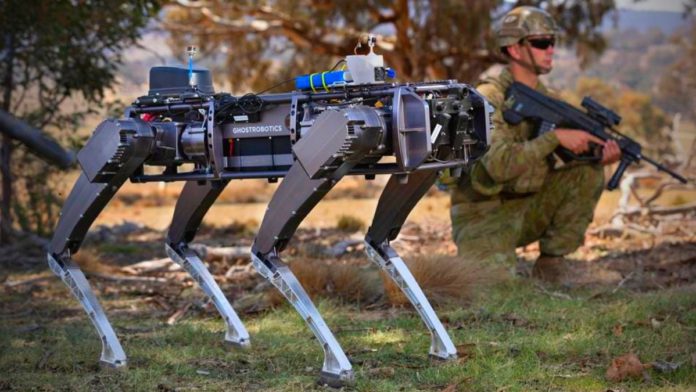 Boston Dynamics has joined forces with a group of other robotics industry titans to ask companies in the industry never to arm robots with weapons. Boston Dynamics signed a non-binding open letter, along with Agility Robotics, ANYbotics, Unitree, Clearpath, and Open Robotics, promising not to weaponize their platforms.

The group thinks that equipping robots with weapons presents new risks of injury and significant ethical dilemmas since such robots are easily accessible to the general public and may navigate to previously inaccessible regions where humans live and work. Because of this, the enormous benefits these increasingly sophisticated robots will have for society will be undermined by the weaponized uses of their technologies.

The party highlights the growing public concerns in recent months brought on by a tiny number of persons who have openly exposed their covert attempts to weaponize commercially accessible robots, including the Vision 60 from Ghost Robotics, or the Dallas PD’s use of an EOD bomb disposal robot as an IED.

In order to do this, the manufacturing leaders promise to refrain from weaponizing their general-purpose advanced-mobility robots or the software they provide to support advanced robotics, and we will not encourage others to do the same. Additionally, they reaffirmed that, wherever it is practicable, they will not permit their customers to turn any platforms they purchased into weapons. This is a significant warning considering the long and illustrious history of weapons like Toyota Technical, which are former Hilux trucks modified into homemade combat vehicles and have been the staple in unconventional warfare since the 1980s.

The decision seems reasonable given Boston Dynamics’s previous ties to the military. For instance, Bosto Dynamics has tested its robots in the past with the NYPD and the French Military. The same is true for Clearpath Robotics, which previously employed their robots in an unarmed test with the US Army.