HomeMiscellaneousAxie Infinity Teams up with Google Cloud to Validate Transactions on Ronin...
Miscellaneous

Axie Infinity is a blockchain-based game where users collect and exchange virtual pets known as Axies, which are modeled after the axolotl salamanders. 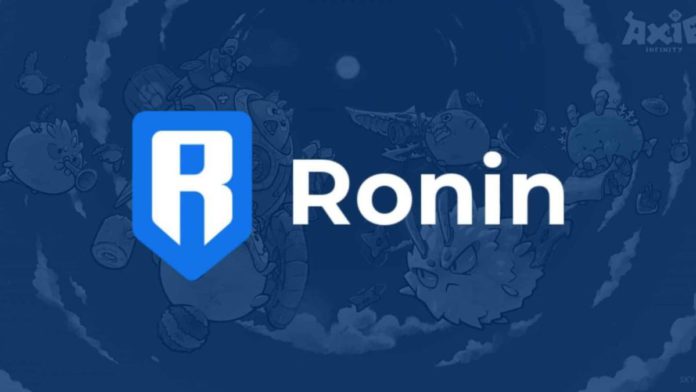 The developer of the well-known blockchain game “Axie Infinity,” Sky Mavis, has partnered with Google Cloud to identify itself as a validator for its nonfungible token network and blockchain gaming. This collaboration will enable Axie Infinity to scale in a secure and sustainable way. The particular details of the agreement were not made public.

Sky Mavis announced at the AxieCon conference in Barcelona that it would work with Google Cloud to strengthen Ronin’s security and further its goal of creating a gaming universe with interconnected, immersive, and rewarding experiences. In other words, Google Cloud will aid in transaction processing and sidechain network security.

In the play-to-earn blockchain game Axie Infinity, users gather and trade virtual pets modeled after the axolotl salamanders known as Axies. These creatures are represented by NFTs so that users can trade them for cash. Players can breed and combat these creatures against one another within the game for prizes.

Google Cloud has reportedly been Sky Mavis’s “strategic cloud partner” since 2020, but this is a new development in their partnership, according to a press statement. Searce, a provider of cloud technologies, will support the collaboration as the implementation partner.

With the help of this agreement, Sky Mavis’s revenue will have doubled since it lost hundreds of million dollars in cryptocurrency in a well-publicized March hack. Five out of the nine validators were hacked using stolen private keys due to the attack. The US Treasury has charged Lazarus, a North Korean state-sponsored hacker outfit, with the crime.

To provide seamless and reliable experiences to users everywhere on any device, including those who earn a living through Axie Infinity but reside in remote areas with poor online connectivity, Sky Mavis has also chosen Google Cloud for its content delivery network’s advanced load balancing and caching features.

Sky Mavis aims to make Ronin the standard NFT scaling solution for gaming by developing core offerings like Ronin, its exclusive Axie Infinity game titles, and Mavis Hub launchpad on Google Cloud’s scalable, secure, and sustainable infrastructure and low-latency network. This will give users more opportunities to convert their time and effort into real-world value. This implies that independent and third-party game creators can register with Sky Mavis to release their games.

With the objectives to substantially cut gas costs for its rapidly expanding user ecosystem and speed up transactions, Sky Mavis created Ronin in February 2021. This enabled millions of in-game micro-transactions to take place without any hiccups. This blockchain network is constructed utilizing the Ethereum virtual machine (EVM).

Ronin runs on a Proof of Authority (PoA) consensus model, where validators are chosen based on their credibility and are responsible for validating, voting, and keeping track of transactions on the blockchain. Sky Mavis introduces new validators and puts them to a vote as part of its decentralization move. Overall, the company is seeking to have at least 21 validators for Ronin.