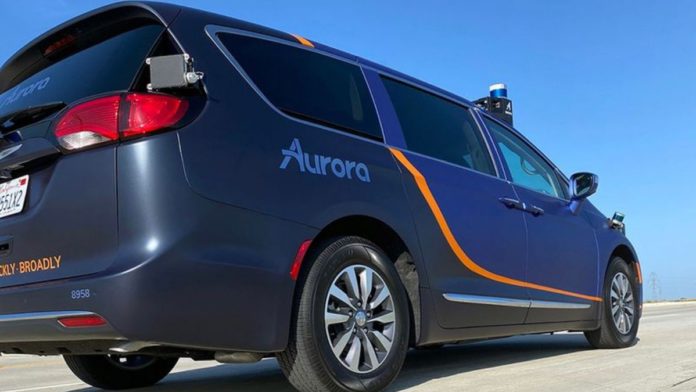 The startup plans to crack a deal with LinkedIn’s co-founder Reid Hoffman’s company Reinvent Technology Partners by the end of this year. The newly merged company will be named Aurora Innovations Inc.

Aurora was founded in 2016 by Chris Urmson, who is the former Chief Technology Officer of Google’s Waymo. The company has developed a self-driving software named Aurora Driver that can be integrated into vehicles for autonomous driving.

Urmson, the founder and CEO of Aurora, said, “This is a natural next step for us. This will unlock the capital we need to deliver the Aurora driver as a service at scale.” He also mentioned that with this merger, they have put a step further in developing new self-driving vehicles and will be able to deliver the benefits of the technology to the public.

The company is determined to enter various car segments, including trucks with many industry-leading partners like Volvo, Toyota, and Uber. Last year, Uber sold its autonomous driving vehicle department to Aurora. Afterwhich the company has been working on integrating Uber ATG employees in their team.

The company recently made a deal with Volvo’s Autonomous Solutions unit to develop autonomous driving trucks in North America. With the company’s expertise, it plans to develop level-4 self-driving vehicles in the coming years.
Mark Pincus, a co-founder of Aurora, said, “We believe Aurora will be the first to commercialize self-driving technology at scale for the US trucking and passenger transportation markets based on its industry-leading team, technology, and partnerships.” Urmson said they had spent four years building the company’s foundation, and now is the correct time to deliver their products and services.