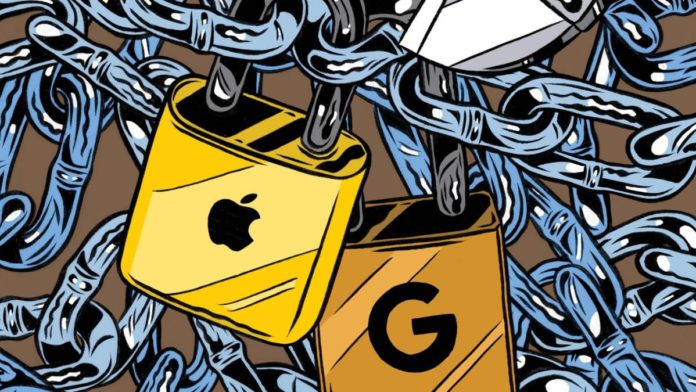 An innovative application that goes viral could have a ripple effect on an emerging developer’s career, as only 0.5% of applications are known to hit off commercially. Due to the meager scope of standard applications catching the audience’s attention, developers have to promote them on not one but multiple app stores, including Apple App Store, Google Play Store, Tencent (MyApp), PayTM’s Mall, and a few others. Apple’s App Store and Google’s Play Store are the two largest application distribution channels, competing to be an “app store monopoly.”

Over the last few years, Apple has overly protected its monopoly rights by restricting applications for its phones only via the App Store, preventing its users from venturing into other application stores on iPhones. This seems appreciable to iPhone users, as they entrust Apple’s vetted applications, choosing to stick with Apple App Store. While it does not appear problematic, it is hideous on Apple’s part in trying to control its users from shifting to any other app market.

Adding to the heated app store monopoly race, it was uncovered in 2020 that the company gets a 30% cut of what users pay for an application and in-app purchases for apps earning over US$1M, leaving only 70% for the actual developer! The revelation has stirred much discussion about what kind and extent of control companies should exercise on app stores.

Elon Musk has openly criticized the Apple App Store for charging such a high cut. He tweeted:

Pavel Durov, the founder of Telegram, claimed that Apple had informed the social networking app that it would not permit content creators to accept payments via pay-to-view and donation bots for paywall posts on their telegram channels. The move would drastically change the platform’s usage as it is mostly used by content creators to charge users for access to their posts/channels.

Mocking the high 30% commission being charged in the app store monopoly race, Durov said, “Apple is not happy with content creators monetizing their efforts without paying a 30 per cent tax.”

Further, the Google Play Store has also come under fire for trying to monopolize its applications and lock users to drive supernormal margins of profit while compromising on what the developer gets. Over 150 startups claimed that the company said it would collect a cut as high as 30% on in-app purchases in a range of categories. As a result, several companies planned to seek alternatives.

Read More: Google and YouTube Announced a US$13.2M Grant to the IFCN to Fight Misinformation

Harshil Mathur, RazorPay’s CEO, expressed his concern over the high tax levied by a company whose Play Store is used by nearly 97% of app developers. He asked if anyone was developing a localized app store to prevent the ongoing app store monopoly race. He tweeted:

Although, Google did lower its commission down to 15% for all ‘subscription-based services’ in January 2022. However, the move would benefit only developers with a subscription-based model. Others having an app and in-app purchases are still subject to a 30% commission fee.

The leaders undertaking such practices create an atmosphere of “monopolistic competition” in the app store monopoly race. While the availability of numerous app stores is bound to invite some competition wherein each tries to offer maximum global coverage, the competition must be healthy. Consumers can benefit from expanding existing and establishing newer app stores only if the competition is checked frequently.

Following big tech companies’ domestic and global retaliation on their high commission rates, there have been measures to take cognizance of developers and businesses.

Globally, several bills, like the Open App Markets bill, promote competition while narrowing the scope of competitive problems in the ecosystem. These bills have also set a few guidelines to refrain industry leaders from preferencing their own apps and manipulating their competitors.

In India, a Private Member Bill was introduced in the Budget Session 2022. The bill titled “The App Developers (Protection) Bill” calls for protecting developers from coercive app regulators and their exorbitantly high commission rates.

As for Apple and Google, they are currently under review by the Competition Commission of India (CCI) for abusing market power. Only time will tell whether the companies address the rising concerns, lower their commission rates, or continue to extort the market with their control.