AI Robot CIMON-2 to be deployed at International Space Station

CIMON-2 will be first used in the upcoming mission led by Matthias Maurer that would commence in October 20201 using the SpaceX Crew-3 Dragon. 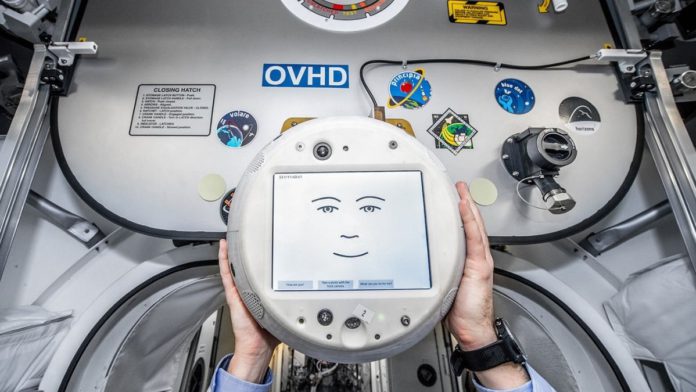 A new artificial intelligence-powered robot named Crew Interactive Mobile Companion-2 (CIMON) is now all set to accompany astronauts for missions to be executed from the International Space Station.

The unique robot has been developed by Airbus for the German Aerospace Center Space Administration. Earlier this year, the previous generation of this robot performed an operation with two European astronauts.

With this new upgrade, scientists have upgraded the capabilities of CIMON exponentially to behave in a human-like manner. Scientists have also worked towards improving the robot’s connection to Earth that would help astronauts to have better communication with the control center.

CIMON project manager Till Eisenberg said, “Through improving the software architecture we managed to get down to two seconds, just in time for the first mission. With further software upgrades, we have now tried to eliminate delays that might occur when the connection breaks.”

The earlier version of this robot was well appreciated by astronauts deployed at the international space station. The robot is planned to be used in the upcoming mission led by a German astronaut named Matthias Maurer that would commence in October 20201 using the SpaceX Crew-3 Dragon.

CIMON-2 will feature various impeccable artificial intelligence-powered voice recognition systems that will be controlled from Earth at an IBM data center located in Frankfurt. Developers are now focusing on enhancing the network reception of the robot as the signals have to travel from satellites to the IBM data center and back.

“There is already enough computational power aboard the space station that would be able to support CIMON. It’s only a question of sharing these computational resources,” said Eisenberg.

He also mentioned that his team is now planning to work on the third generation of CIMON, which would pack features that would not require it to have any connections with data centers located on Earth.